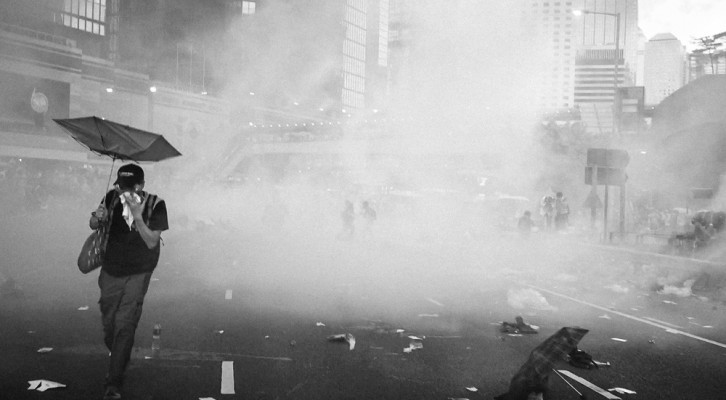 The traffic lights at Connaught Road still dutifully blink from red to green and back again, seemingly unaware of the fact that the street they guard is these days not the major thoroughfare it is all the other days, year after year. Instead of facilitating a merciless stream of roaring traffic, the main road connecting the east and the west of Hong Kong Island has been taken over by a mass of Hong Kong citizens who have gathered to express their voice and display their dissatisfaction with the Chinese government’s increasing grip on the city. The traffic lights stand by helplessly: in the fight against civil disobedience, the best they can do is pretend that nothing is out of the ordinary in Hong Kong. 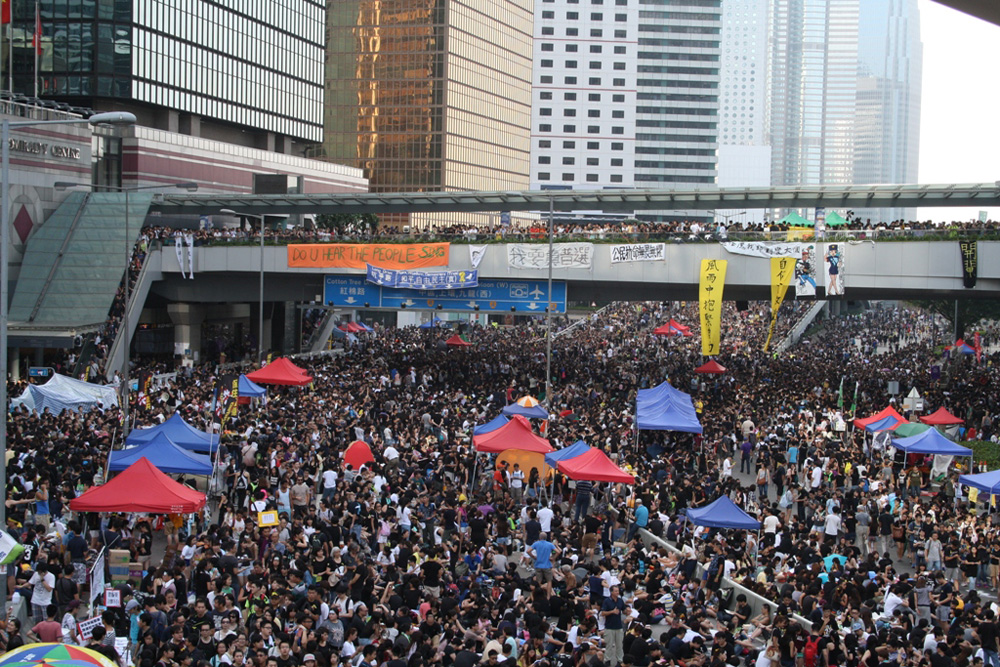 The current situation in Hong Kong is anything but commonplace. The city stands on shifting grounds, and the conflicting parties seem nowhere close to finding common ground. Whilst the pro-democracy protests have been very well-organized and almost absurdly peaceful with demonstrators collecting their own garbage and study corners set up for students to do their homework while supporting the Umbrella Revolution, at the same time a political chaos has taken shape that is difficult to disentangle.

The past two weeks have seen a rush of events: masses of protesting students blurred with the Occupy Central Movement and a wide range of Hong Kong citizens, taking over and persisting to occupy three central locations of the city, although their strength is dwindling. Increasing opposition by anti-protesters and pro-Beijing groups who complain about the damage the protests are doing to stability and the local economy plus the members of local triads have brought unrest and violence into the protest sites. 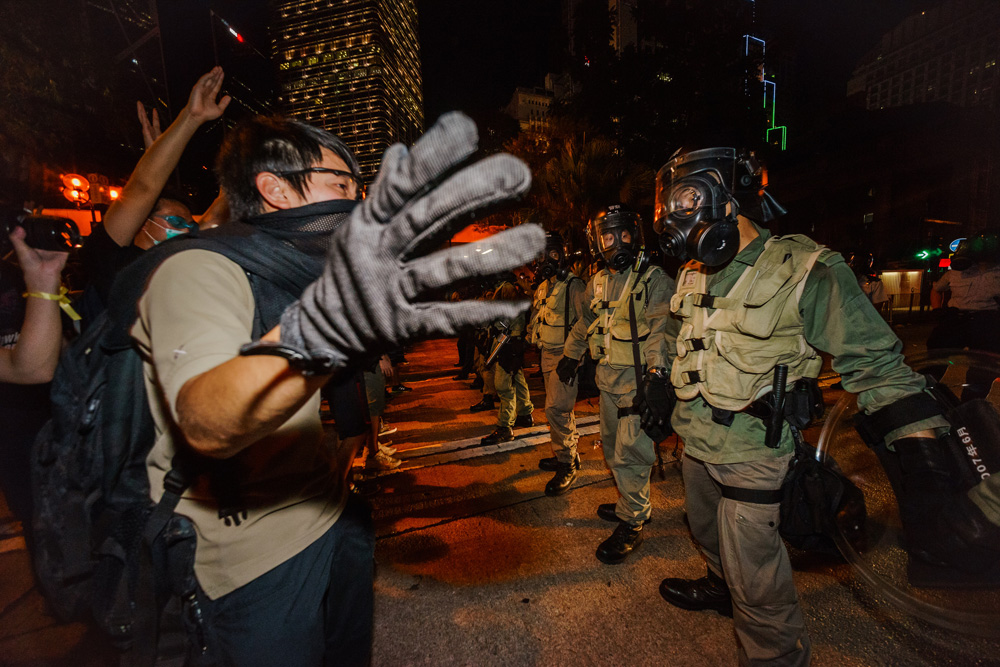 The police have been hovering in between parties, acting extremely harsh at some moments and unbelievably slack at others. Chief Executive Leung Chun-Ying tries to stand firm in the midst of this whole crisis. All are mixed up in a conflict that seems destined to lead to lead towards a deadlock.

A super well-organized, efficient, convenient city it may be, but the current conflict displays major tensions within Hong Kong that usually do not hit the surface but now have taken such a physical form and strong voice that they can – literally – no longer be ignored. There is a fundamental incongruity between the values held by a large group of Hong Kong Chinese and the growing Mainland Chinese population. Many Hongkongers feel as though their city has been taken over by Mainland China and fear the growing influence of the Chinese government whom they deeply distrust. 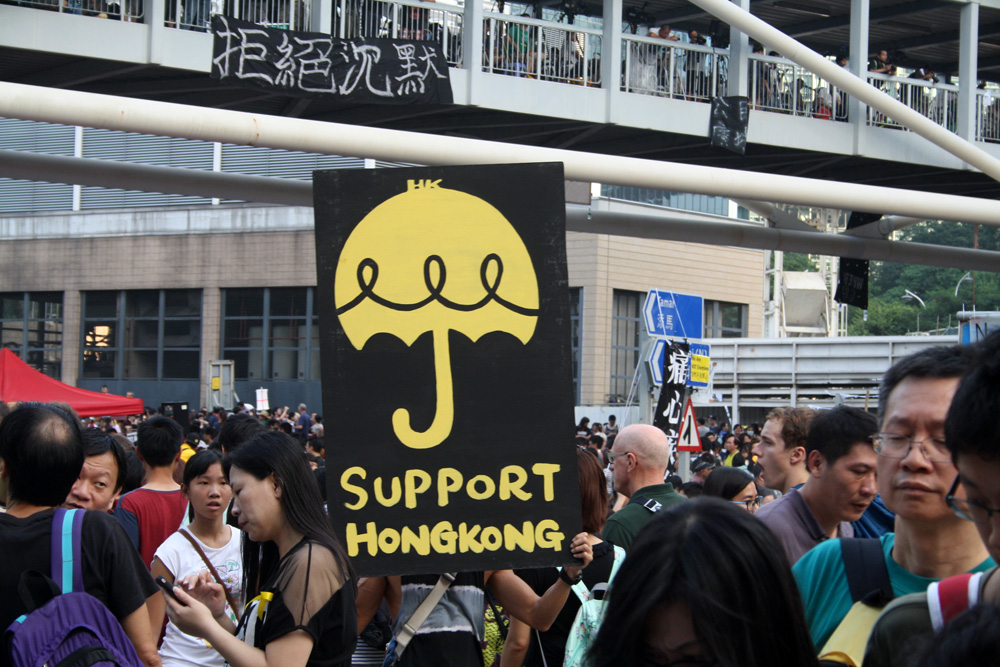 The Mainland Chinese are aware of this distrust, which part of them understands, but part of them also condemns, as they believe that native Hongkongers are demanding too much in regards to freedom and should be obedient to their government in Beijing. Obedience is a greatly valued trait in China. Many Mainland Chinese expressed to me personally that “stability is more important than freedom and a diversity of opinions” because they “don’t feel the need to express [their] opinion. [They] just want the economy to work.”

However, many Hong Kong Chinese attach more value to the freedom of expression. As one young Hong Kong Chinese man supporting the protests told me, “China is all about the hardware, but there’s no software. All is about economy, money, and other values are not regarded.” 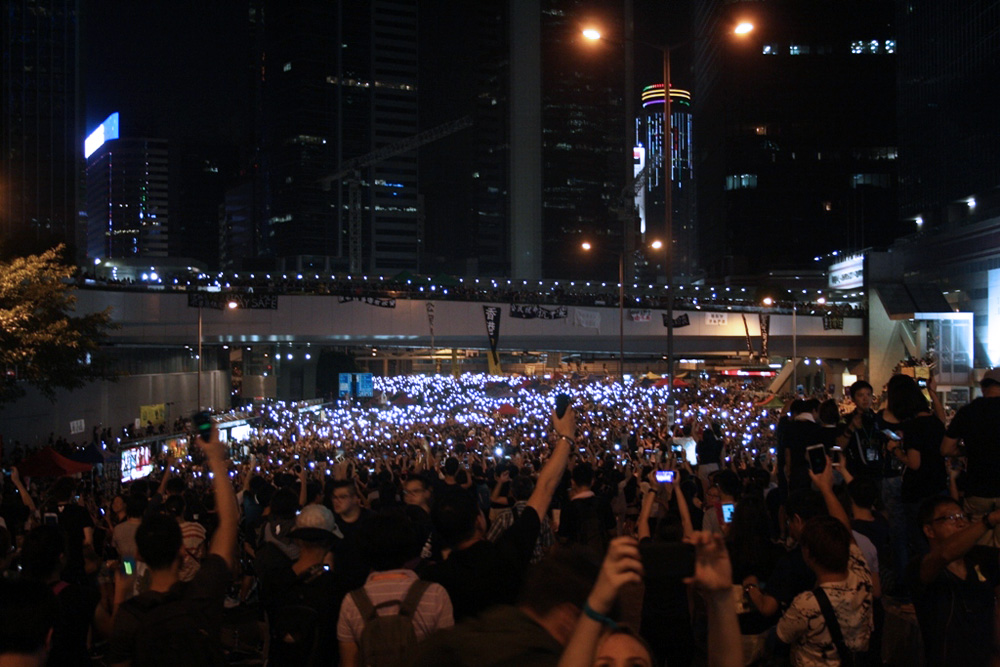 Protestors illuminate the streets with their mobile phones in defiance of police requests to disperse (Photo: Isabella Rossen) 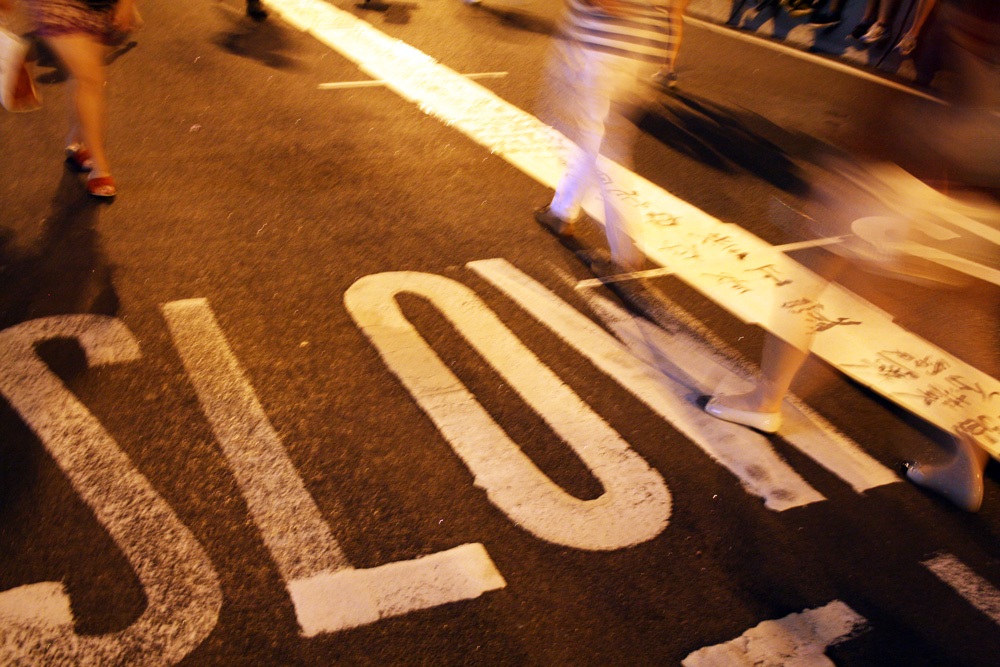 Since Occupy, life has slowed down on the fast-paced lanes of Central (Photo: Isabella Rossen)

Hongkongers have grown up with freedoms they are not willing to easily give up – and these are the rights protesters are advocating on the city’s major roads: the demonstrations are a demand of universal suffrage but simultaneously a fight for the maintenance of freedom of expression and the right of public assembly. In a city where there is a severe lack of civic and public space, the people have taken to the streets to voice their opinion and demand these rights. Demanding space as they demand fundamental rights: it is a telling picture in one of the densest cities of the world.

As streets were blocked off for traffic, buses had to take diverted routes, trams were cancelled, employees were hindered in their daily commute to work, government buildings were surrounded for several days and some offices decided to close during the height of the protests, it seems a paradox that the urban landscape of Central Hong Kong has felt unfamiliarly quiet the past few days. If one would walk the streets of Central without a notion of the political unease in which the city finds itself, one would think an eerie kind of calm has taken over the city. The closed-off roads are the public space that Hong Kong severely lacks: while the protests initially brought Hongkongers to occupy these usually fast-paced lanes, people are currently embracing it for all kinds of activities, including studying, reading, jogging, talking, making music, and expressing their opinion about many more issues than just electoral reform. 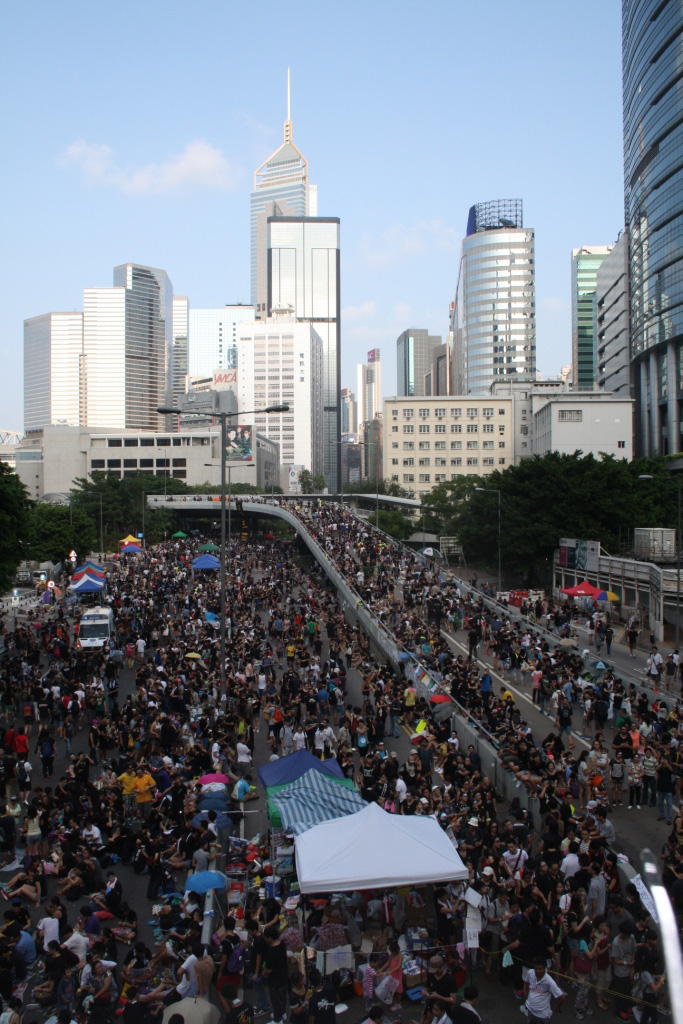 Traffic on Hong Kong Island has been almost non-existent since the start of the student-led protests (Photo: Isabella Rossen)

The regular rush of affairs has been put to a halt for a moment in Hong Kong’s fight for democracy. Few things are certain in these challenging times for Hong Kong. The traffic lights at Connaught Road Central will probably remain obedient to their task. Yet how a large portion of the Hong Kong populace will proceed with their lives in a city that no longer feels like their home is a daunting question. 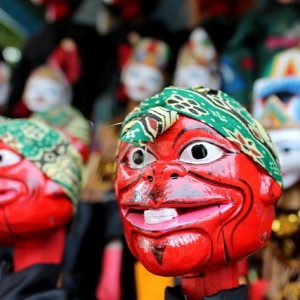 A growing body of evidence, largely based on Charles Landry’s writings on ‘the creative city’, indicates that fostering...
© 2012 - 2019 The Protocity.com. All rights reserved.
Back to top