Throughout the 20th century, processes of globalization and increasing economies of scale have eroded the relationship between place and product, resulting in homogenous mass-consumption and production. However, growing consumer awareness of the production process and origin of products are working as a catalyst for the formation of local entrepreneurs and producers of specialty products that cater to the local consumers. These ‘niches’ within mature industries thrive through their close connection to local clienteles and therefore have (at least initially) a strong urban orientation, as dense urban regions provide and facilitate knowledge-exchange and product distribution in local networks. Additionally, proximity to a sizable group of consumers is important for the launch of a – ‘distinctive’ from the mainstream products (in this case: Pilsner and Lager) – product. The acceptance and incorporation of alternative products in patterns of consumption is associated with urban consumers and urban lifestyles. Urbanites increasingly use distinctive forms of consumption to overcome the alienating nature of mass-produced products and as a tool of differentiation from the mainstream crowd.

Craft beer and the local identity

The formation of the independent craft beer sector in a market that has been dominated by multinational, incumbent, brewing companies is a reflection of these changing consumer and producer trends. Besides having an economic significance, through the direct and indirect provision of jobs, craft beer producers can contribute to the local environment through the provision of a ‘physical’ – the taproom- and a ‘conceptual’ –identifiable products- space that facilitates social interaction and reinforces a local identity. The latter arguably enables breweries to spur economic, physical and social changes in neighborhoods, as they can function as magnets to retain and attract people and business activity. 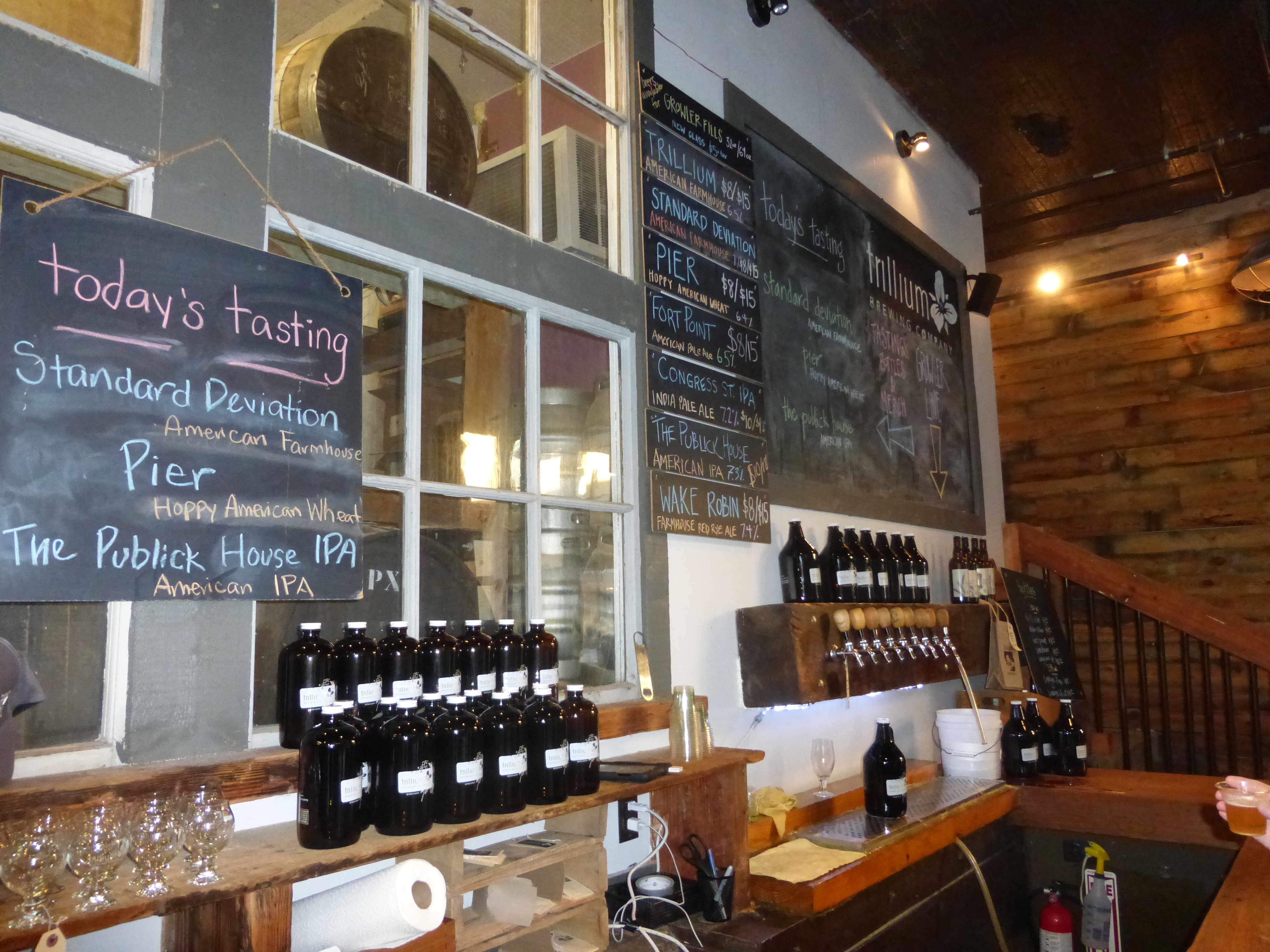 Small-scale production allows flexibility and differentiation in the production process: different beer styles can be put on the market. Photo taken by author at Trillium brewing company, Boston US.

The ability of craft beer to reinforce the local identity and consequently to enhance the attractiveness of an area is illustrated on the basis of examples in the US and the Netherlands. In both countries the beer market is virtually controlled by a handful of mass-producing companies resulting in a dearth of innovation, creativity and differentiation in the production process. However, driven by the growing awareness of quality products, the craft beer sector started to emerge in the 80’s. By default, starting a brewery is expensive and acquires certain real estate that accommodates the brewing process. Starting breweries are therefore predominantly found in (formerly) industrial areas surrounding urban centers, consequently functioning as actors spurring the transformation of these areas. 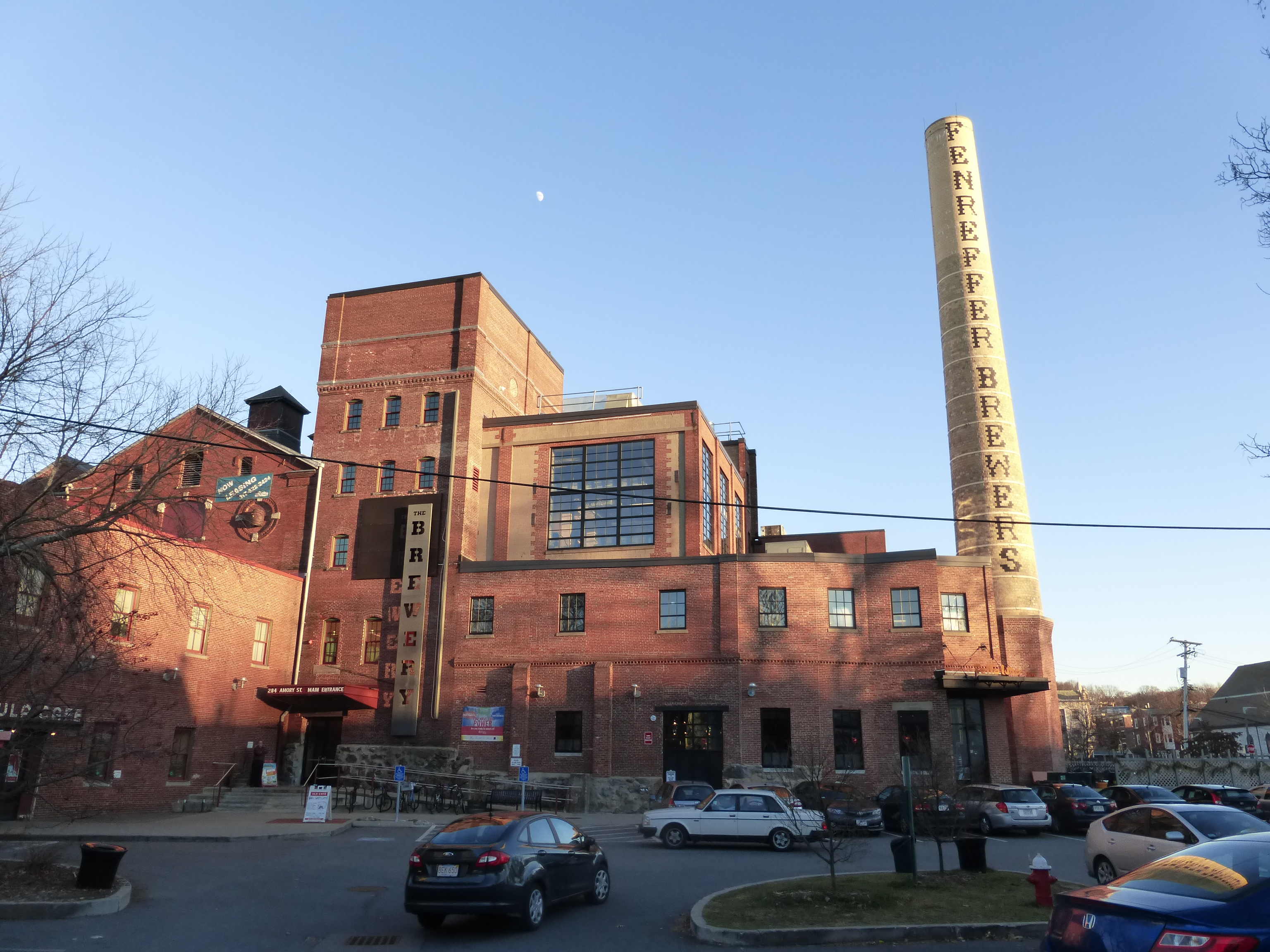 The Boston Beer Company, producer of Samuel Adams beer and nowadays the largest craft beer producer in the US, was established in 1984. Founders of the brewery found suitable space in a vacant factory in Jamaica Plain, a Boston neighbourhood with a (at that time) bad image due to (among other things) high crime rates. By paying off the gangsters with kegs of beer, the founders of the Boston Beer Company successfully transformed the factory in a brewery and taproom thereby attracting people and other businesses to the area by boosting its image. 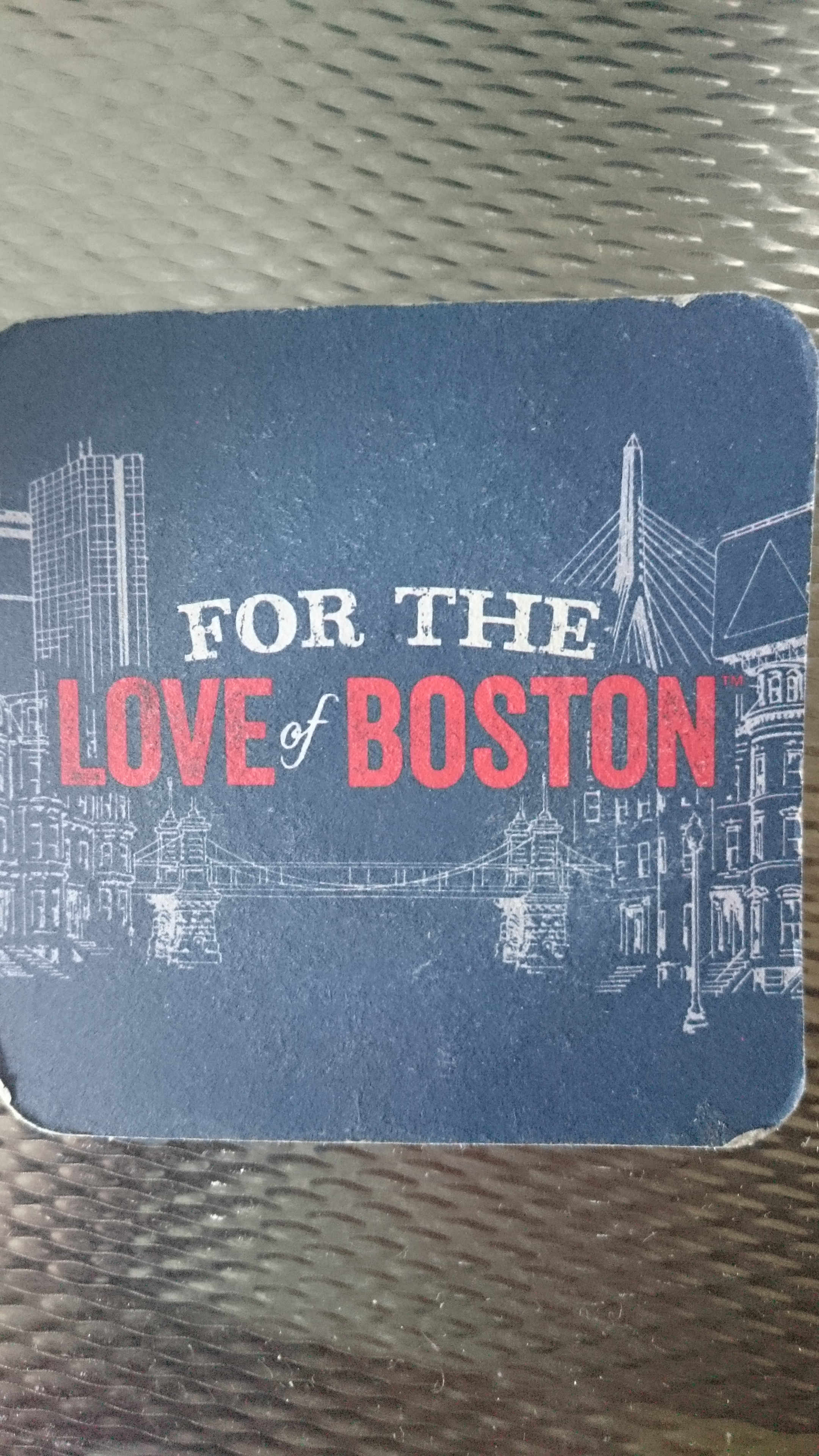 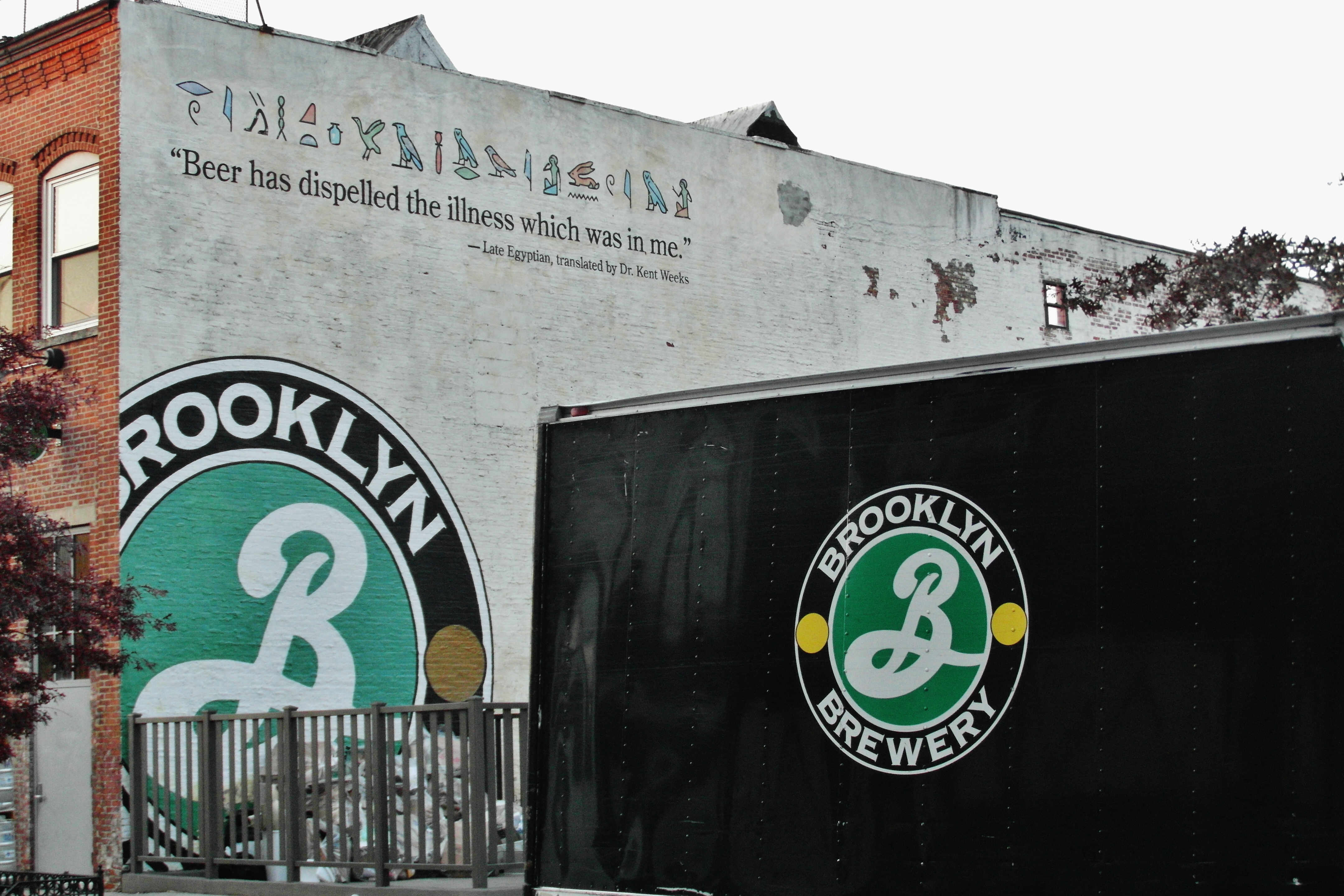 The Brooklyn Brewery spurred the transformation of Williamsburg (part of Brooklyn), NYC. Through their foundation in 1988, the Brooklyn Brewery provided the area with a quality local product, advertisement, and meeting space of which the inhabitants could be proud. Through the facilitation and sponsoring of local artists, musicians and other organizations, the brewery played an active part in the transformation of the area.

Over the past years, the craft beer sector is starting to emerge and is gaining popularity throughout a variety of consumers. The production of a local product is thereby creating a community identity and facilitating interaction. 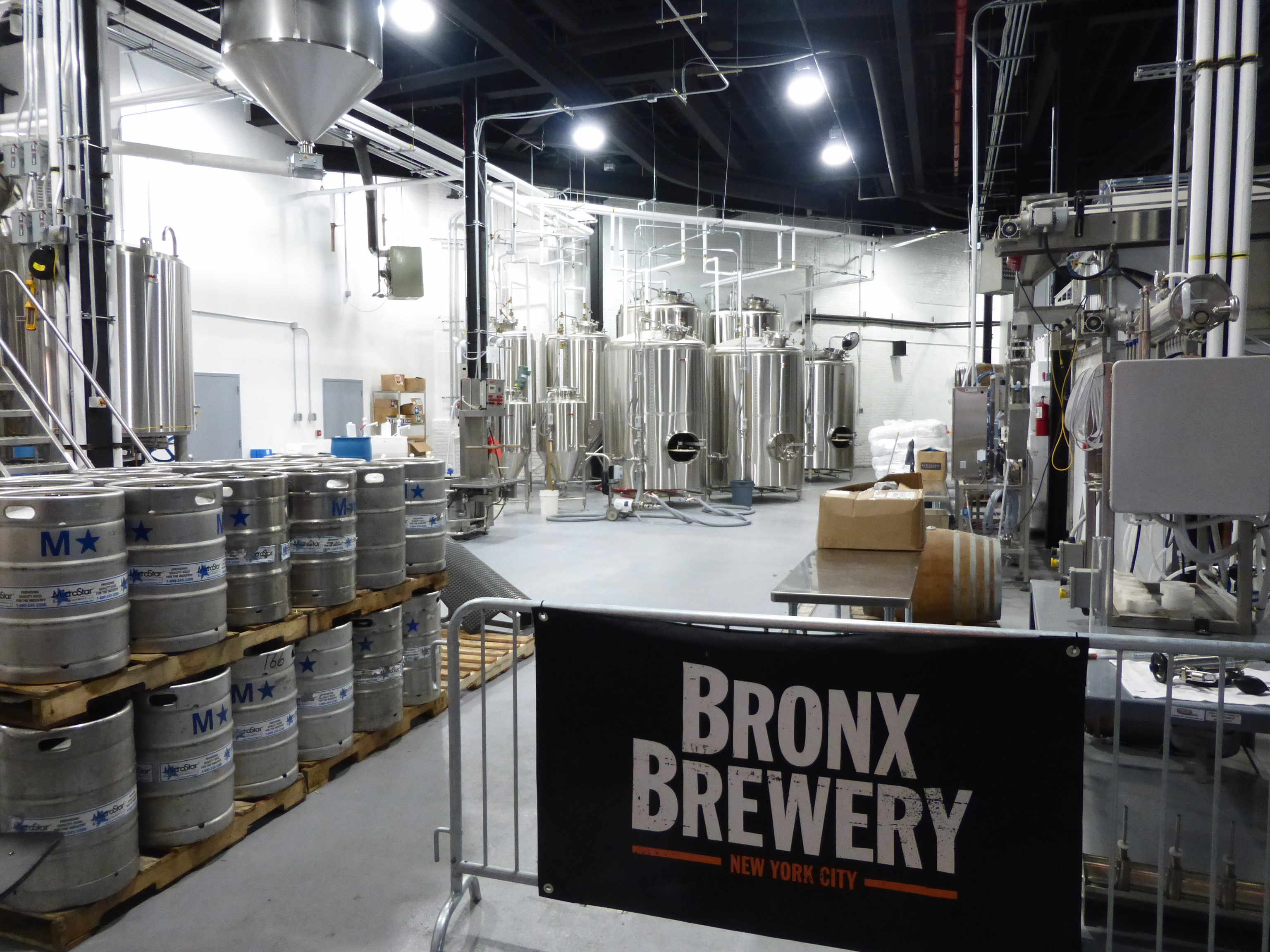 The Bronx brewery and tasting room. The Bronx, NYC, US. Established in 2011. Photo: Author

The ability of craft beer producers to enhance the attractiveness of an area is also being noticed by city planners and developers, illustrated by the development of the Assembly Square in Somerville, US. Somerville is part of the Boston agglomeration and daily urban system. Due to economic decline in the 1980s the city was mockingly called ‘Slumerville’. However, over the past years the city is undergoing a transformation fostered by initiatives to improve the public transport connection of the city with its surroundings and by effective government support of the (creative) community and local businesses. One of the implemented projects is the redevelopment of the formerly industrial Assembly Square. In order to transform the area into an attractive residential and leisure district, transformations in the built environment and public transport are put into place. However, the area does not yet radiate the ‘vibrant’ and ‘creative’ image the city wants it to portray. In order to attract more people to Assembly Square, the Somerville brewing company (SBC) was asked by the city government and developers to open a beer garden (a concept not very common in New England). In the beer garden SBC sells their, jokingly called ‘Slumbrew’, beer and also facilitates local events and other local entrepreneurs. 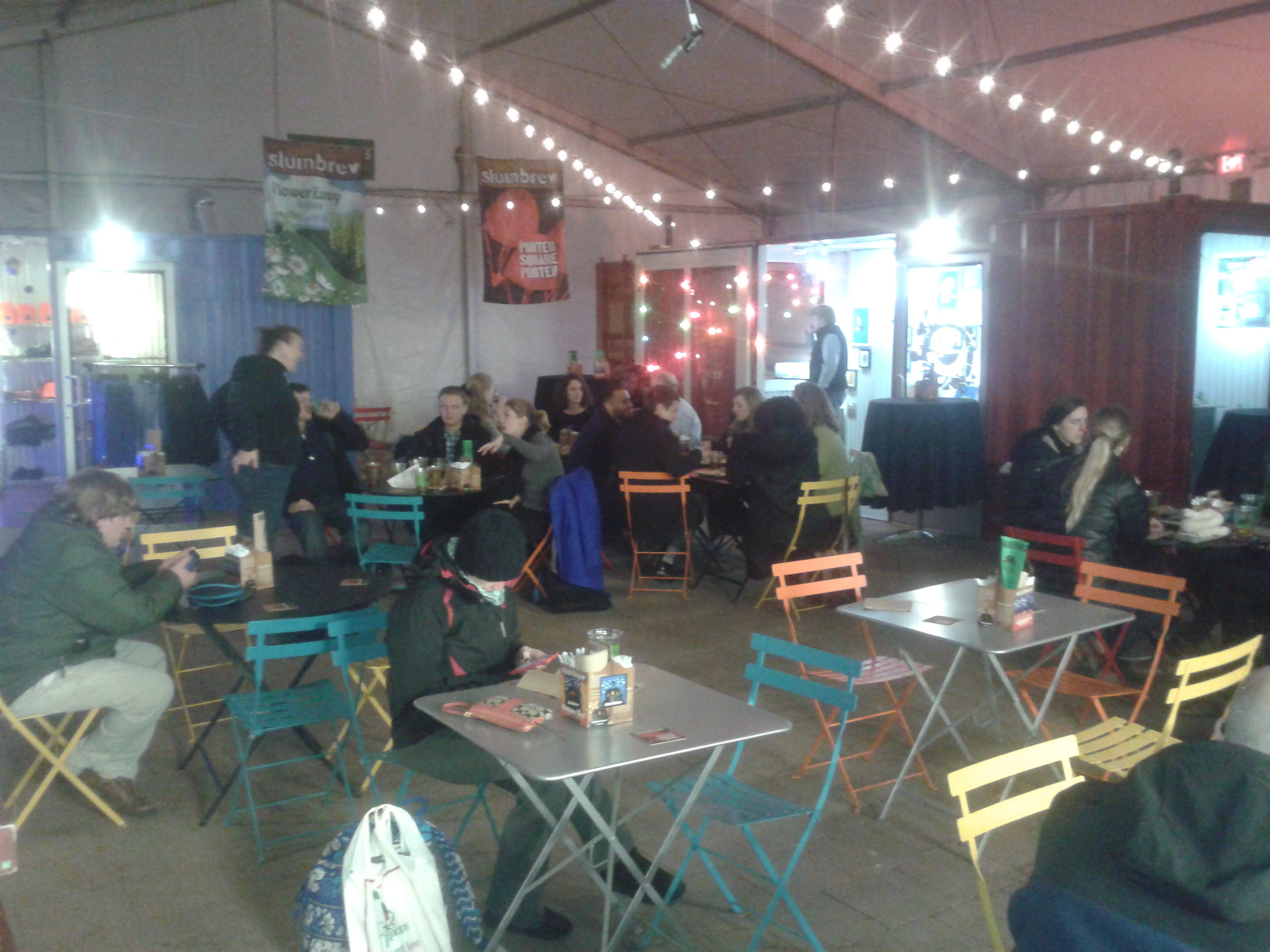 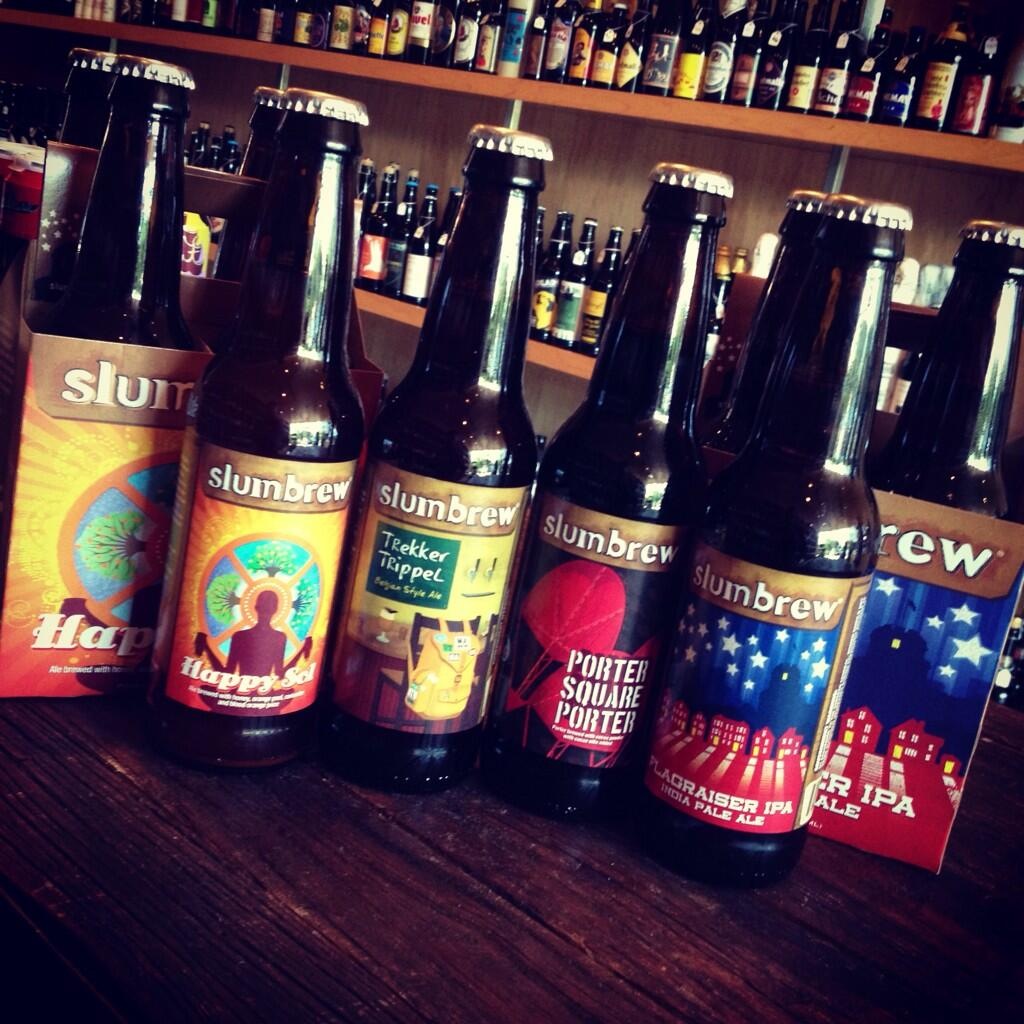 Slower growth in the Netherlands

Due to constraints in the physical environment and the authorization of vertical integration, hence the domination of the beer market by multinational beer producers, the craft beer sector in the Netherlands is characterized by a slower growth pattern. However, also in the Netherlands, and most notably in Amsterdam, the sector is starting to expand. Consequently, following the US examples, in Amsterdam the craft beer sector is being used to increase the attractiveness and publicity of an area. 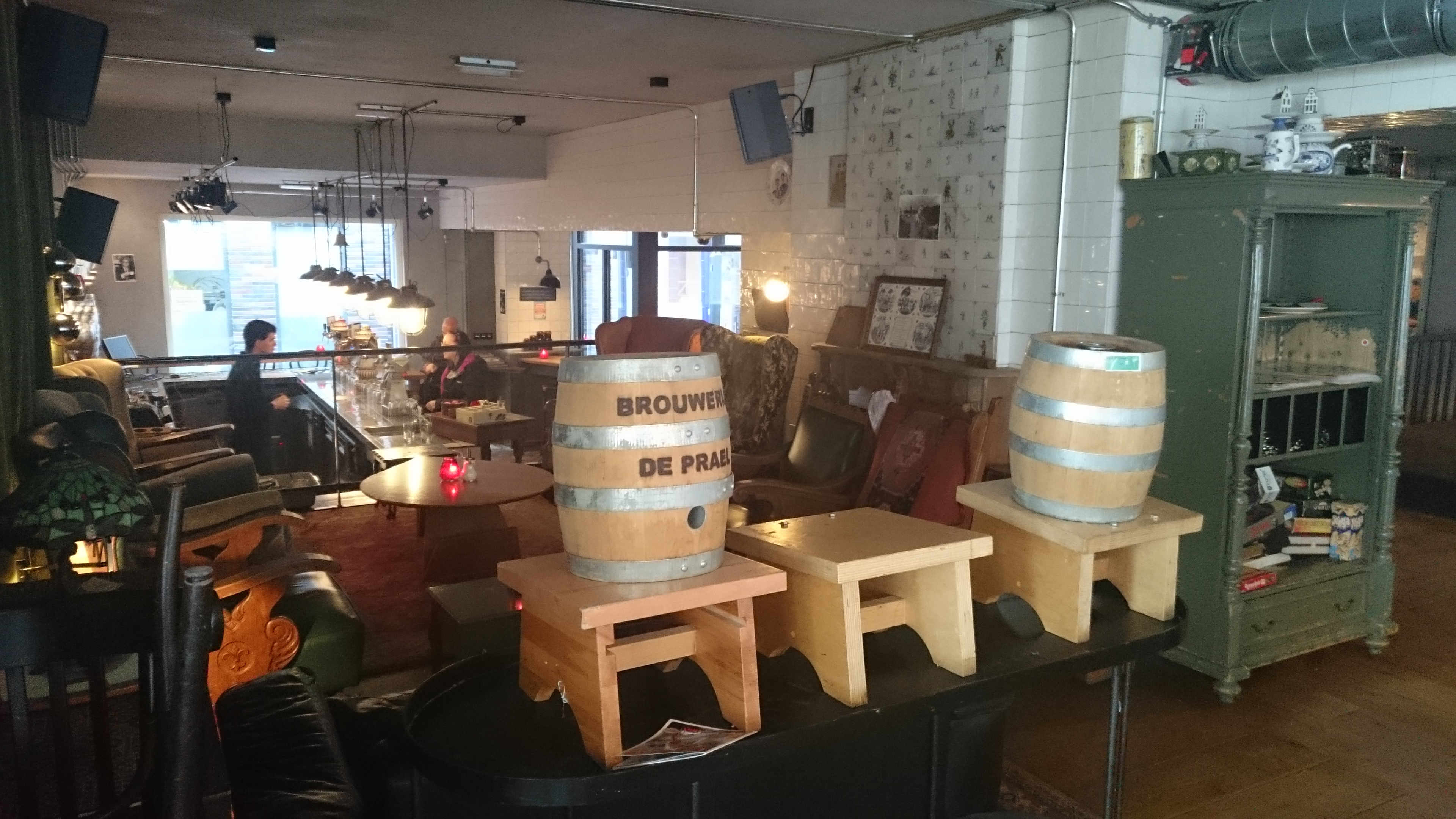 Brewery de Prael, part of the 1012-project aimed to increase the quality of the red-light district in Amsterdam. Photo: Author 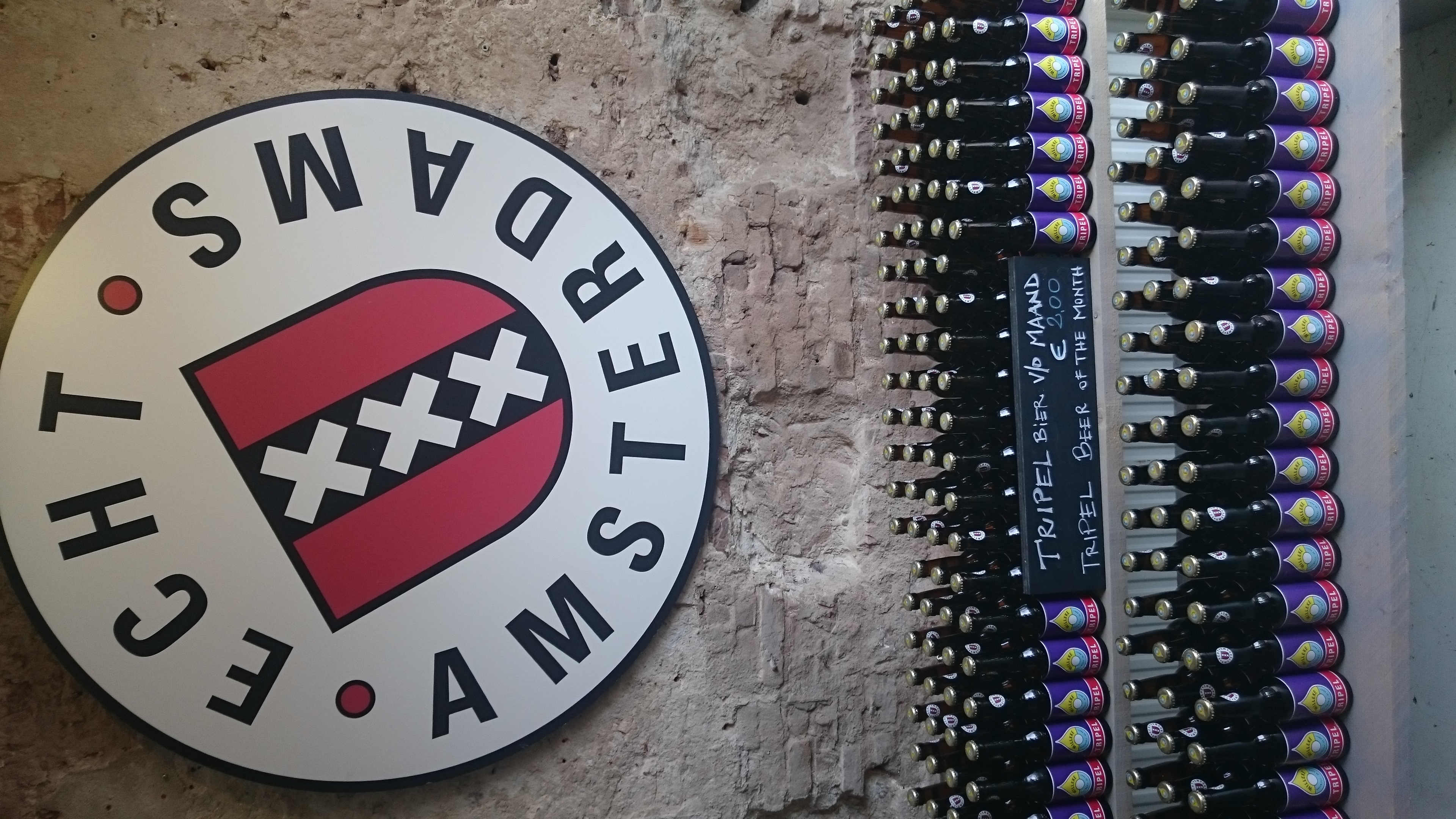 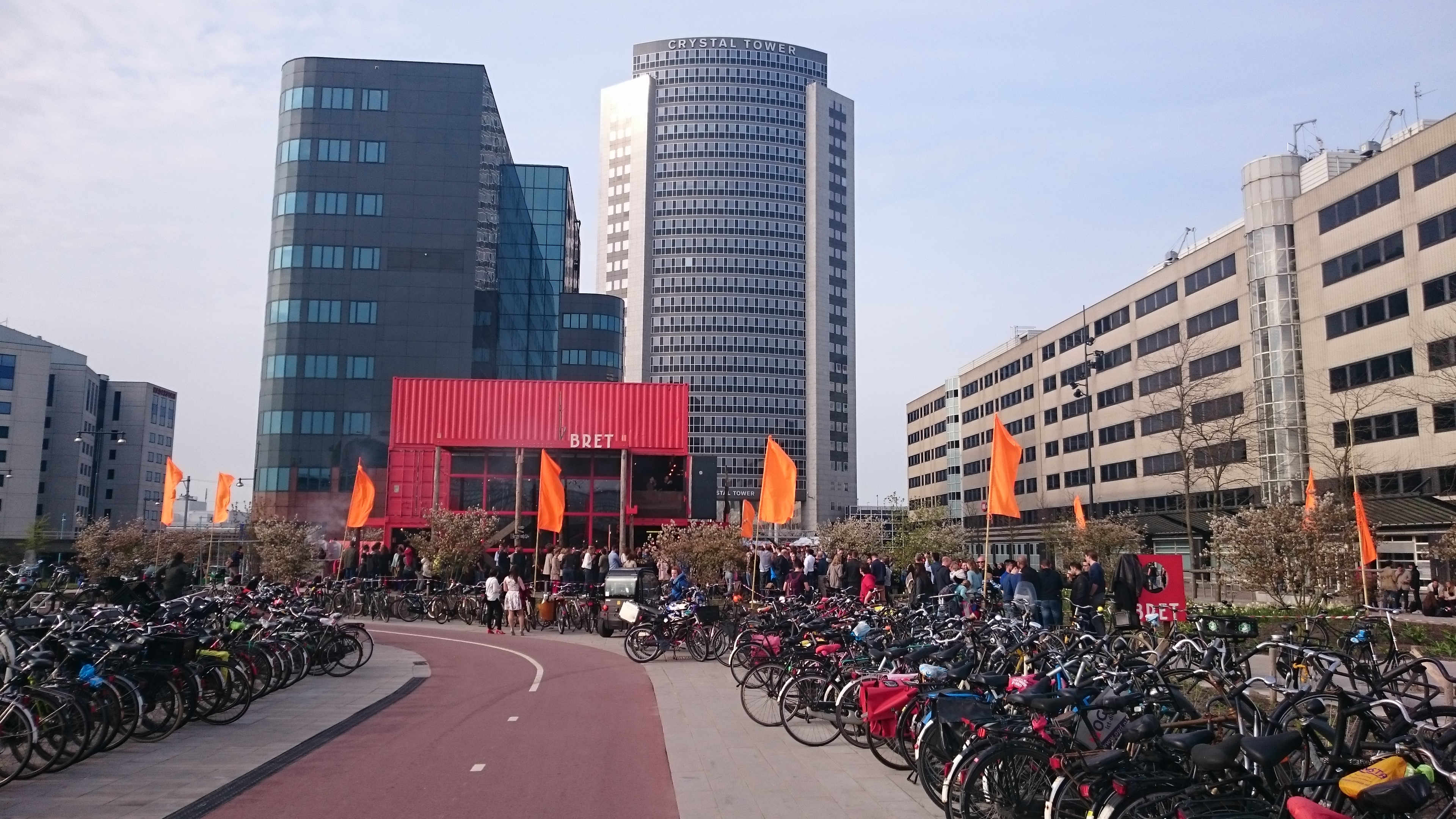 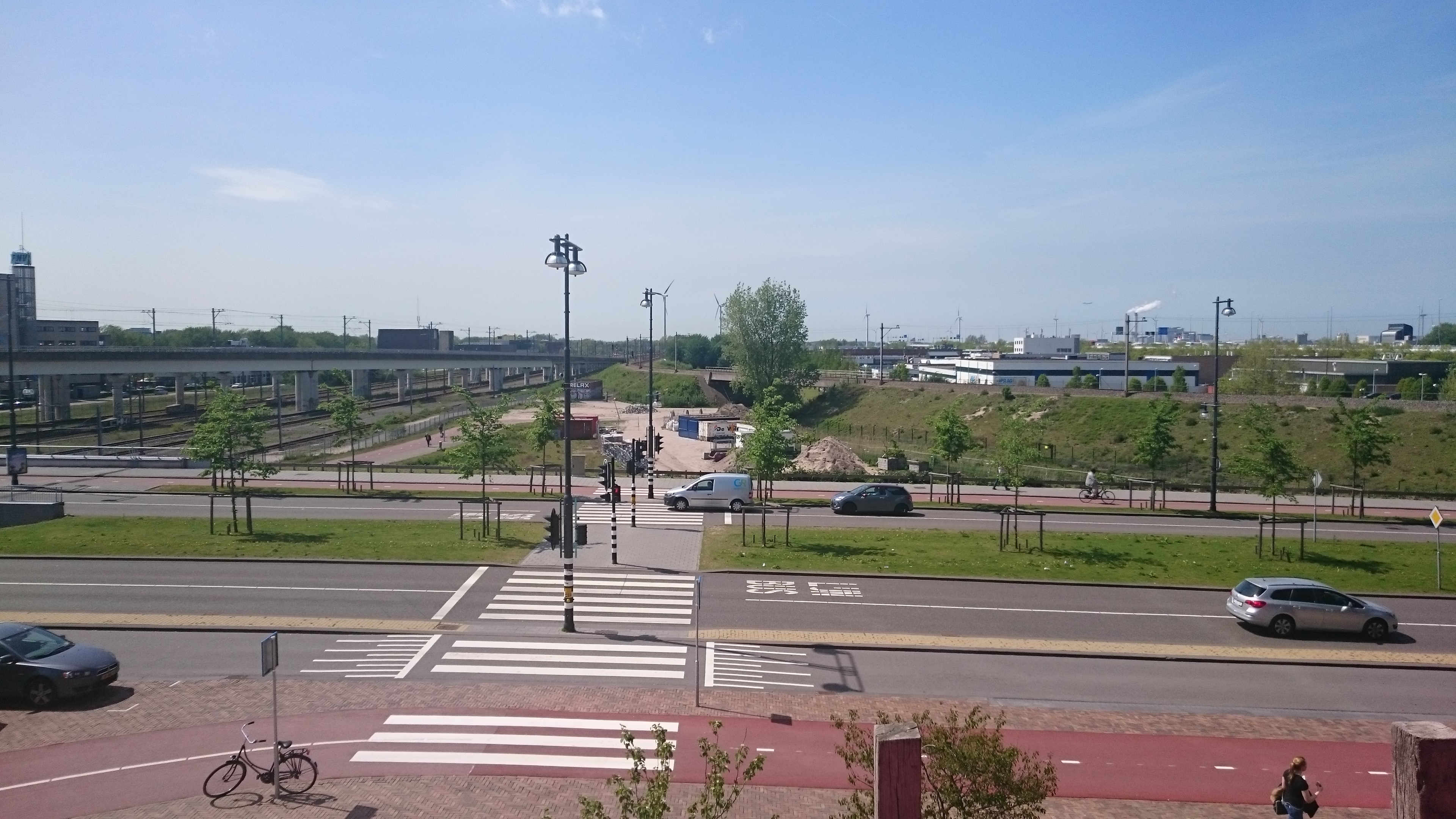 Initiated by Bret: the start of a craft village at the Sloterdijk station, including a brewery, coffee roaster and a fungiculturer. Photo: Author

Accurate reflection of the local consumer?

In the US, mature craft beer breweries, like the Boston beer company and the Brooklyn brewing company, have paved the way for the rapid expansion of the sector also outside of the urban context, through the introduction of craft beer to a variety of non-conventional beer drinkers. In the Netherlands, however, this development is still predominantly restricted to urban areas, which can be explained by the dominant position of the mass-producing companies, constraining the expansion of the sector. Nonetheless, Dutch craft beer producers are also deliberately aiming to appeal to the urban consumers and their lifestyles. The latter subsequently raises the question whether craft beer actually mirrors and encompasses the local identity, or, whether the sector is creating an exclusive product aimed only at a certain group of the urban consumers… 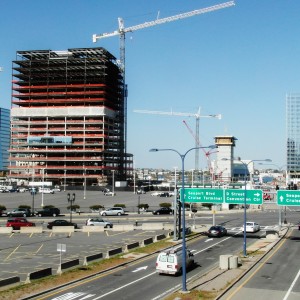 In this piece, Maarten shows us how Boston and Amsterdam are becoming prototypes for urban solutions to climate change. And the struggles...
© 2012 - 2019 The Protocity.com. All rights reserved.
Back to top