Un-Yucking the Insect on our Plate

In line with our summer school programme “The Urban Food Experience” at UvA, we’ve teamed up with Mediamatic with the goal to create a marketing strategy for a future insect-based item on their menu. Alongside our research, we stumbled upon a few general questions and interesting opinions on why entomophagy (the use of insects as food for humans) could become a part of our future foodscapes in Western cities. A more detailed (and fun) explanation of the history of entomophagy can be found in Emma Bryce’s TedEd talk.

Entomophagy is very common in most regions of the world and the reasons why we don’t do it a lot in Central Europe is as obvious as it is controversial: due to our climatic conditions, breeding insects is not as lucrative here. Considering the resources involved, we found other foods that we could produce on a bigger scale at lower costs. Today, with rapid population growth in cities throughout Europe, we discover flaws in our food systems; realizing that they are not necessarily sustainable and don’t guarantee a rosy future.

For the majority of Westerners, the thought of eating insects provokes feelings of disgust and repulsion, sometimes even for Peter Bickerton, an advocate for insect-eating and science communicator from the UK:

“I found it hard to touch the silkworms. Even though they were dead, I was convinced that they would jump up and eat me. I think there will always be a barrier.” 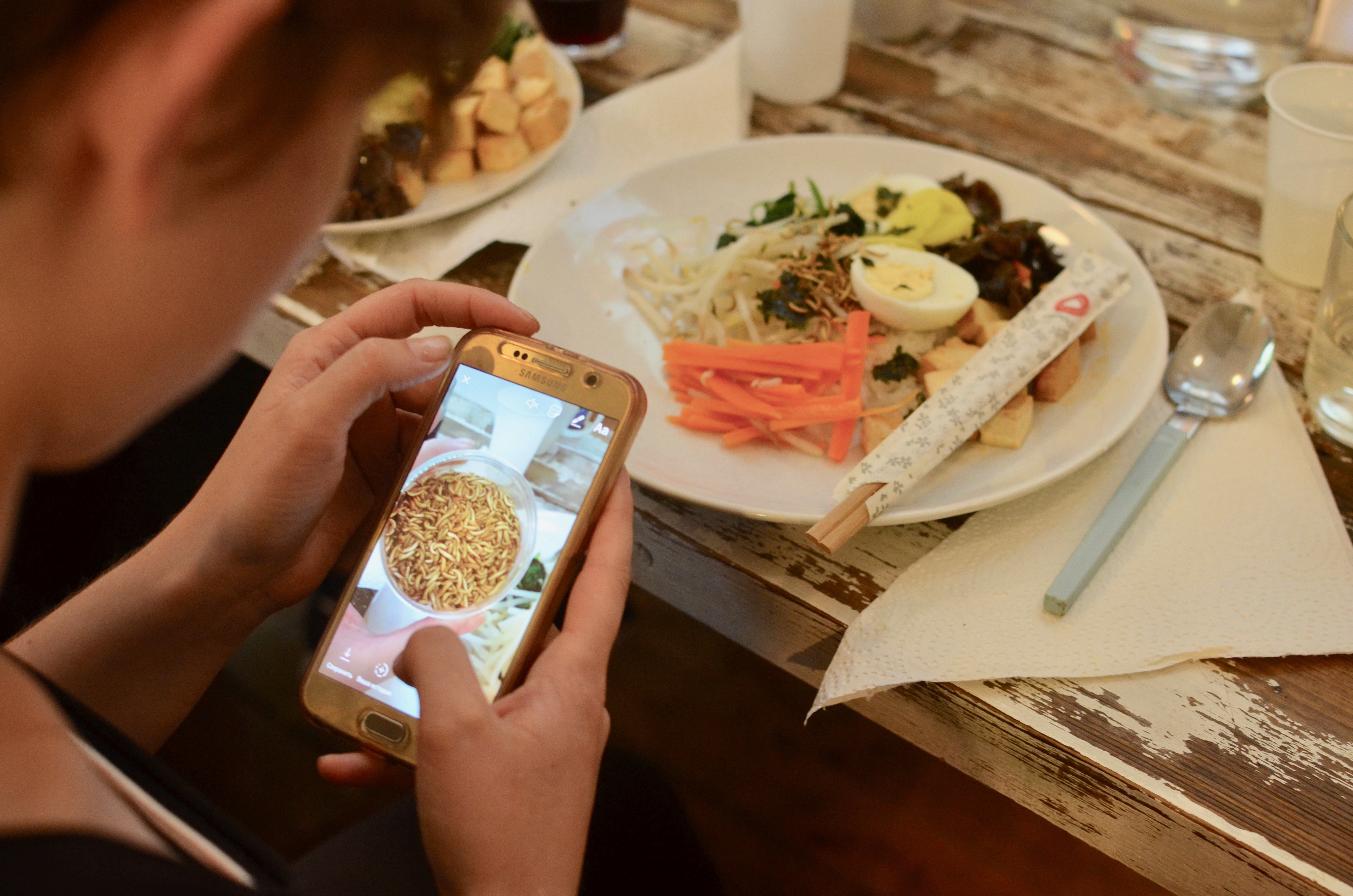 Eating or not eating: insects are still quite exceptional on our plates, despite their benefits / Photo credit: Kerstin Schreiber

Food trends are always evolving, and especially nowadays with the Internet as a fast and extensive source of information and products, the discussion about sustainable, healthy, and high-quality food is more important than ever. A number of online shops and restaurants already offer a great variety of edible insects for every taste and level of courage: Bars (i.e. with nuts, fruits and spices), spreads, granola, flavoured snacks (i.e. curry, BBQ), candy, lollipops, chocolates, biscuits, crackers, macarons, cookies, drinks, pasta, burgers, nuggets, Schnitzel… The lack of explanation and interaction that comes with online purchases, however, might limit the impact on general eating behaviour. After all, it is mainly people who are already familiar with the possibility of eating insects and the desire to try them who will use this channel. Thus, other ways have to be tested.

Mediamatic and the future of eating insects

Mediamatic’s objective is to approach the theme of sustainability – urban sustainability in particular – from an artistic perspective. The aim to inspire, provide food for thought, and to initiate change is embedded in their visions and projects. Integrating insects in their kitchen is therefore another way of testing and experimenting unconventional ideas. Mediamatic’s new chef Vincent Regter tells us about his future plans for their restaurant, in which he wants to experiment with his own meat replacements.

“I would only be using my own insects, that’s the point of the “vegan” idea in Mediamatic. If I bought them from a supplier it wouldn’t be different from another restaurant that buys meat from a wholesale food market and processes it.”

Given the existing prejudices, which ask for sensitive approaches, as well as the need for more provocative “food for thought“, we summarize different ways of eating insect (enriched) products. We consider different exposure stages (from “low“ to “full“) and cuisines (Dutch Comfort, Fusion, Ethnic) that can attract a great variety of people, and come up with viable examples of food items to include on a menu. 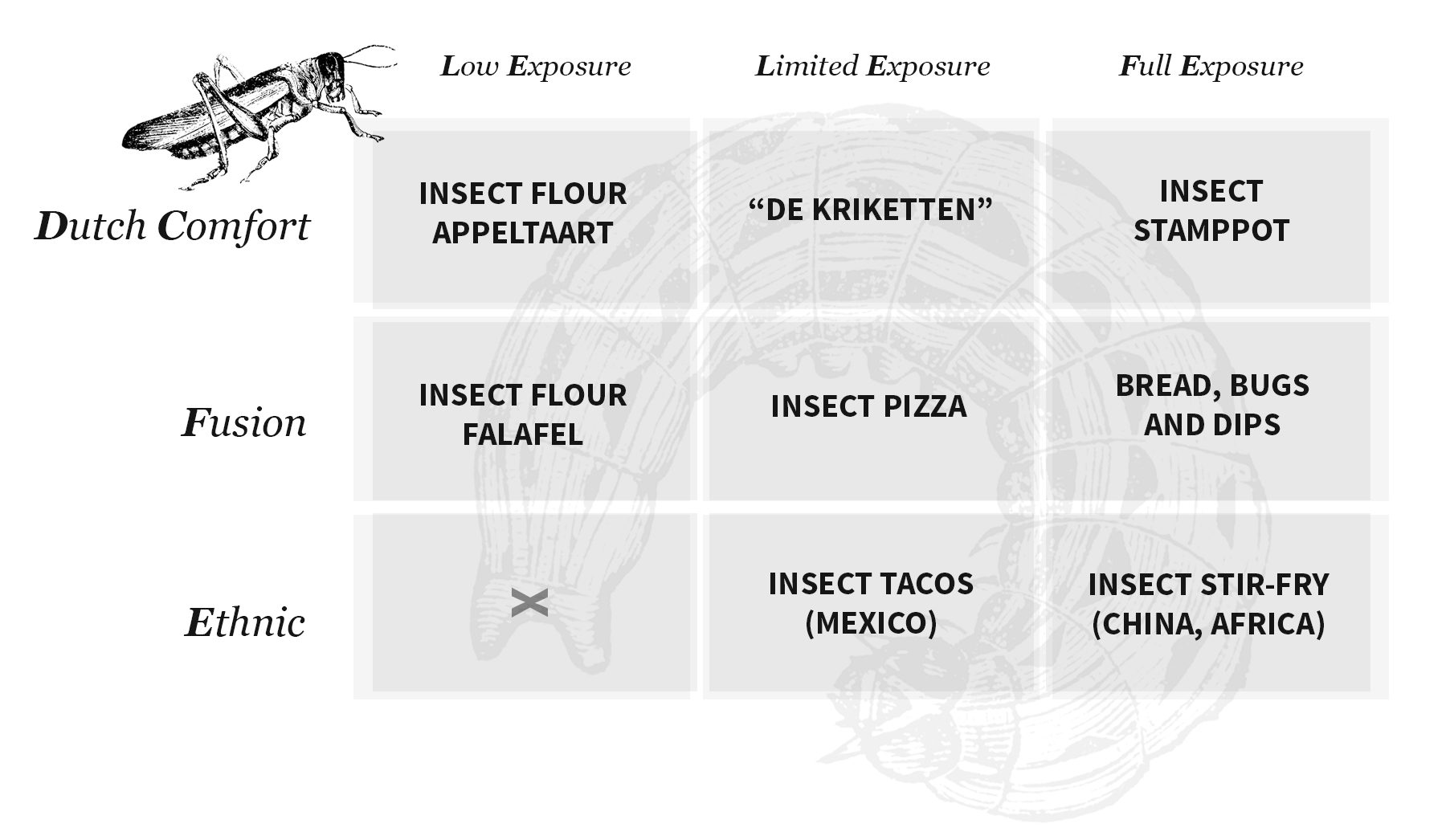 Exposure to the Insect 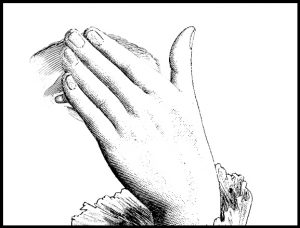 As the majority of people who are used to Western diets hold negative connotations towards eating insects, one strategy to include them in a dish is to conceal the bug completely by using flours made of dried and ground insects. The flour can be blended in with other ingredients (i.e. wheat flour, potato, etc.) and thus remove the visual and sensory exposure to the unappealing look or consistency of the insect.  However, Mediamatic’s chef Vincent Regter as well as Peter Bickerton both agreed that hiding the insect would undermine the message of insect-eating to a certain extent.

Another way to include bugs in a dish is to include them in their full form, but blended in with batter or dough. That way, the insect is somewhat visible and “biteable“, but it is still covered with familiar ingredients. For instance, Vincent would replace the raisins of a classic apple pie with crispy insects. 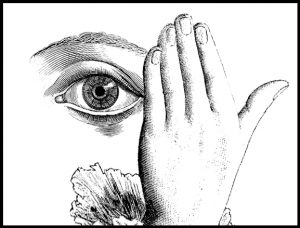 The most extreme form of serving insects is to offer them as a whole, either cooked or roasted, as finger food or as a topping on a dish. This is the most provocative and “raw“ version of insect-eating. On the other hand, it requires a certain amount of courage to overcome higher barriers. 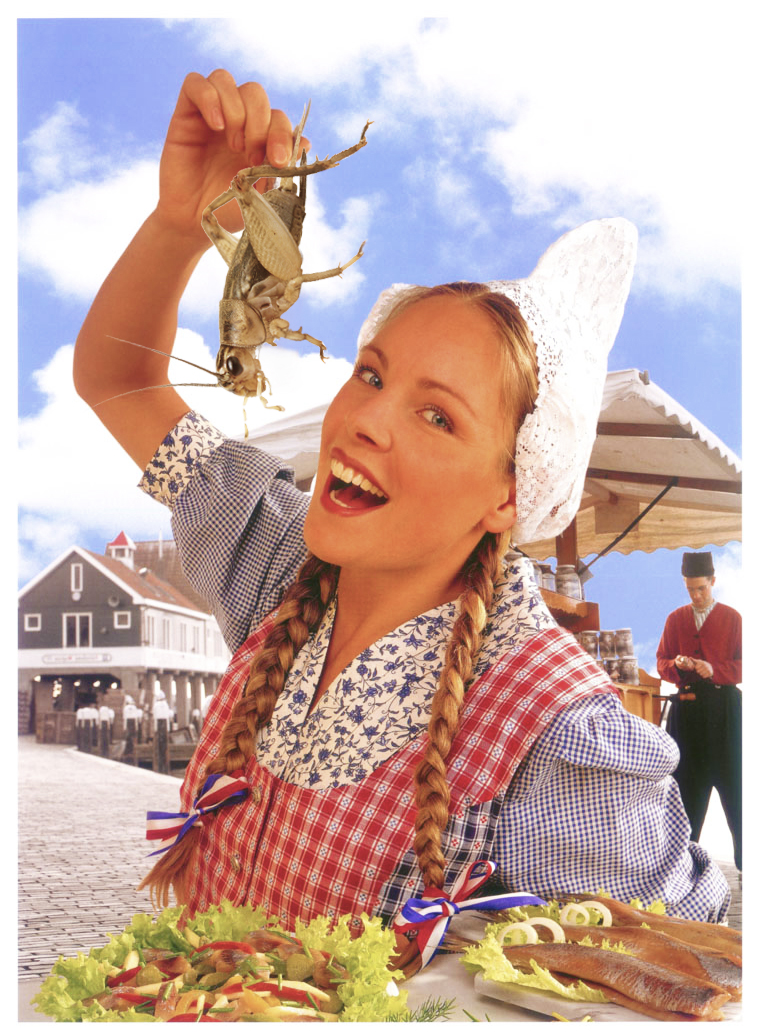 Comfort food reminds us of positive experiences or familiar environments, tastes and feelings. Therefore its usage in combination with insects could be a promising strategy to make insect-eating more appealing. As Mediamatic is based in Amsterdam, we chose typical Dutch dishes and snacks that are well-known to locals and consumed by tourists. “De Kriketten”, for example, is a typical potato croquette filled with cricket ragout.

The recipes mentioned in this category are either already available in Mediamatic’s menu or fit into their concept of a diverse international menu. The dishes, such as pizza, falafel or salads are not typically served with insects, but could be a suitable vehicle for people to start appreciating them. Peter Bickerton for instance, uses locusts as topping on a pizza.

Research conducted on restaurants that are already serving insects revealed that many follow a food concept  that could be described as “exotic“, hence serving food and food combinations that are not common in Western cuisine but very common in the traditional cuisines of other parts of the world, such as Asia, Africa and Central America. Customers who visit these places might be more likely to try new foods and therefore also more open to insect-eating. It could be that the “exotic“ factor might play a big role in overcoming the negative feelings about insects. Because these traditional cultures are already accustomed with the use of insects as food, they don’t need to hide the insect-based ingredients in their recipes, hence the absence of an example in the ‘Low Exposure’ column of the matrix. 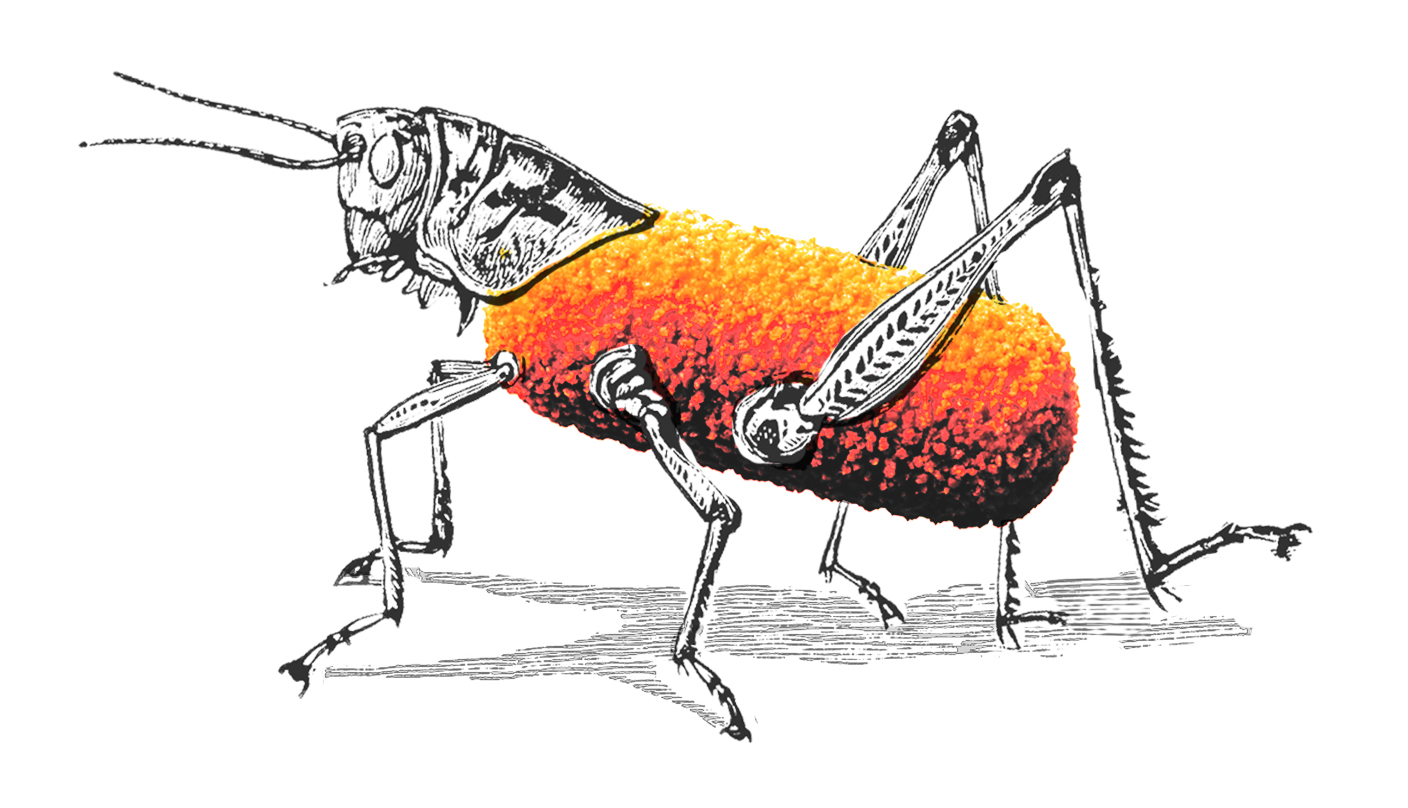 Generally speaking, the choice of a good recipe and the enthusiasm behind it might be a decisive factor in making people want to try insects. Additionally, presenting it as a luxurious food item might increase the perceived value of insects as food. Food culture is a very versatile topic depending on the geographical and social context. Eating insects falls into the category of controversial practices in the Western world. Changing those habits requires a diversity of creative approaches to increase acceptance and appeal amongst people who have not been confronted with it for their whole lives. Not to forget, despite the many positive effects of eating insects, we have to challenge whether this kind of extreme habit change is actually realistic or even desirable, and to what extend other measures could work as well.

Kerstin is a passionate explorer: she loves to discover the factors that foster resilient urban systems around food, health, education, and the environment. Her current research projects delve into networks of urban agriculture initiatives and “Vertical Farming“. Kerstin is currently pursuing a MSc in Urban Studies at Malmö University, holds a BA in Business and Organisational Development, and is looking forward to deepen her knowledge during a PhD.

Christiane is currently studying spatial planning (B.Sc.) at the University of Technology in Vienna. Her main interest is in finding connections between the everyday life in cities, urbanity and public spaces, as well as their impacts on each other. She is curious about new technologies, urban trends, the broad spectrum of initiatives and ideas to improve sustainability and how they can influence our future perspectives and problems on different scales.

Mattia is a TV producer and documentary filmmaker based in Amsterdam. His work focuses on the food traditions of indigenous communities around the world, especially in China and India where he has lived for 5 years. His current field of interest is food as a storytelling medium to connect the city with its most marginalized communities through theater performances and dining experiences. 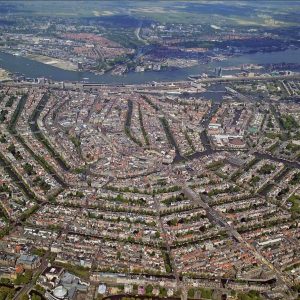 SPACE VS. PLACE Temporary, disruptive sustainability projects are criticized for its perceived role as a driver of gentrification,...
© 2012 - 2019 The Protocity.com. All rights reserved.
Back to top