While much has been written about the substandard housing situation and marginalised socioeconomic position of Roma, fewer accounts exist of the local and inventive strategies undertaken by them. The perseverance of Roma in their search for dignity is arguably an important attempt in rebalancing our understandings of a group that otherwise is reproduced along the lines of subordination and idleness. In this essay I will clarify how a group of Romanian-speaking Argentine Roma, the Ludar from Barrio la Perla (Greater Buenos Aires), faced persecution and hostile institutional contexts. Regardless of these unwelcoming contexts, the story of the Ludar does show how they managed to build large and adequate houses in the decades following their arrival. I studied this group during my visiting scholar stay at the geography department of the University of Buenos Aires. Between April and May 2018, I interviewed multiple households in Barrio la Perla, a neighbourhood in Lomas de Zamora.

The Ludar most-likely arrived in Argentina between 1860 and 1900 and are believed to be related to the Rudari. Why the name Rudari changed into Ludar never became clear to me. The Ludar were first- or second-generation freed slaves who left Romania due to the lack of livelihood options. It is worth mentioning that most formerly enslaved Roma groups from Romania do not speak Romani. Upon arrival in Argentina, their illiteracy and lack of modern economic skills were arguably important reasons why they pursued the nomadic lifestyle. Older Ludar residents explained how they lived in tents and made a living from circuses, tourism photography and selling of handcraft. One Ludar-interviewee, Baniel, specified how his family was travelling each summer to Mar del Plata (see figure 1), Argentina’s biggest beach destination, with ponies and photo cameras to take holiday pictures for children. Others were traveling throughout the province with bears and lions and their road circuses. They always camped at “safe” distance from the cities and the relentless Argentine police. This marginalised position is, most likely, also the reason why the Romanian language survived within this community; they barely interacted with majority society. This lifestyle changed for good in the 1960s when Juan Peron’s last administration forbade “nomadism”. According to the Ludar-Argentine novelist Jorge Nedich, who himself was born in a tent and lived in a nomadic community until the age of 18, police violence was cruel. Around one hundred tents of the Ludar which decided to stay put after “nomadism” was illegalised were eventually burned – some with people still inside of them. 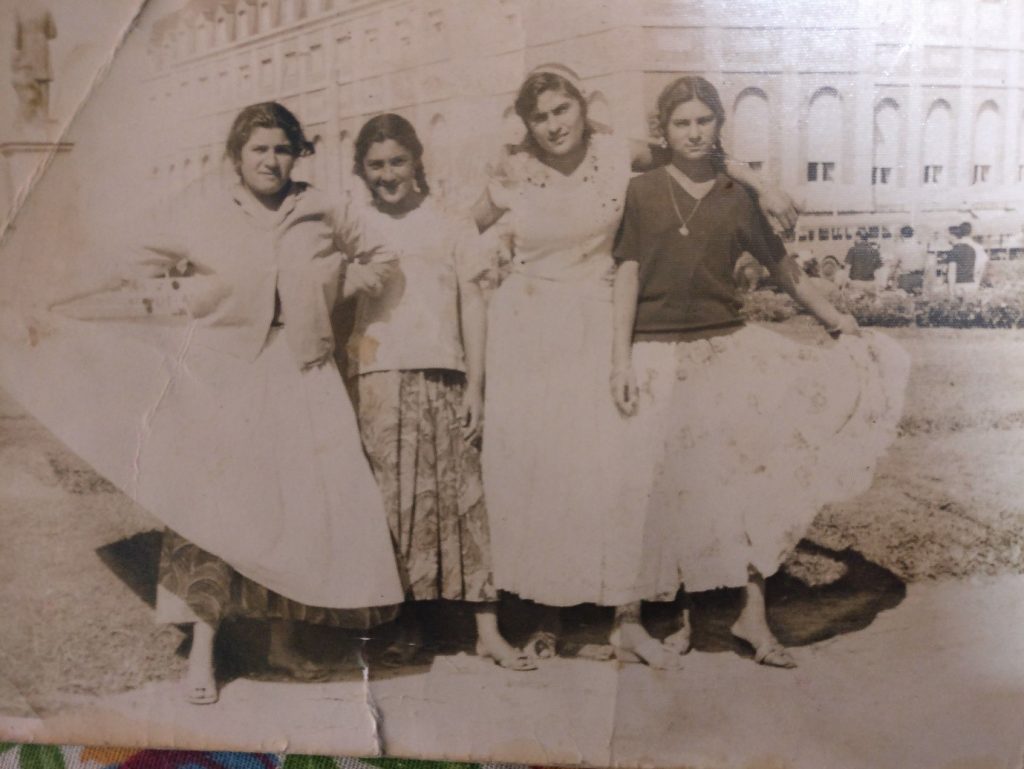 The move from tents to “loteos populares”

The situation did not improve with the following military governments and as such most Ludar decided to move to the city. In the case of the group I studied, most managed to acquire loteos populares. These were cheap former farmlands in the surroundings of Buenos Aires and were sold very cheaply, were undeveloped, and were serviced with minimal infrastructure. Most planning and geography scholars argue that loteos populares are the primary reason why Argentine cities have averted the much larger-scale slum construction seen in neighbouring countries. After acquiring the loteos populares, a gradual process of housing construction and improvement started. In the first years after the move to Temperley, the Ludar helped one another by offering loans for acquiring land and constructing houses.

However, the most important development was that of purchasing old school buses (see figure 2). Most households managed to possess one and with these newly owned buses, the Ludar continued travelling throughout Argentina (now to remoter areas) to sell merchandise on local markets. They specialised in trading cheap kitchenware, tools, and blankets, and argued that their competitive edge was that they sold for well under high-street prices. The economic community structures are highly gendered, with women packing the merchandise and organising the wholesale activities and men spending months on the road. The areas in which they trade are predetermined in order to avoid conflicts at location. While they still face police violence and racism in their trading activities, many of them succeeded in building houses of good quality. Unlike many of their counterparts in Romania, they have warm running water, are connected to gas and electricity, and experience virtually no overcrowding. More than that, they continuously extend their houses when household extensions require to do so. 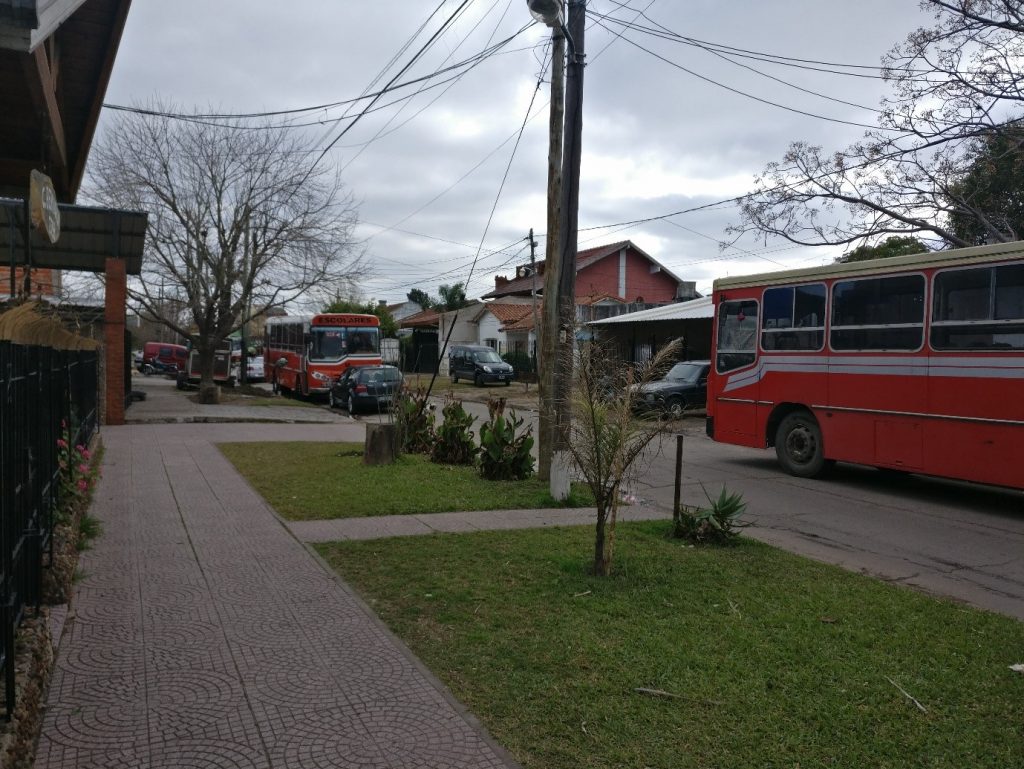 In some cases, there were four generations residing in large multi-store houses (see figure 3). Also, the architectural decisions are noteworthy. Most houses have large livings where families spend most of the time together. These livings are supposed to represent the old central tent where suppers were eaten together and most indoor social activities took place. The overall sentiment I got during my stay in that community was one of caring, solidarity and pride about achievements. 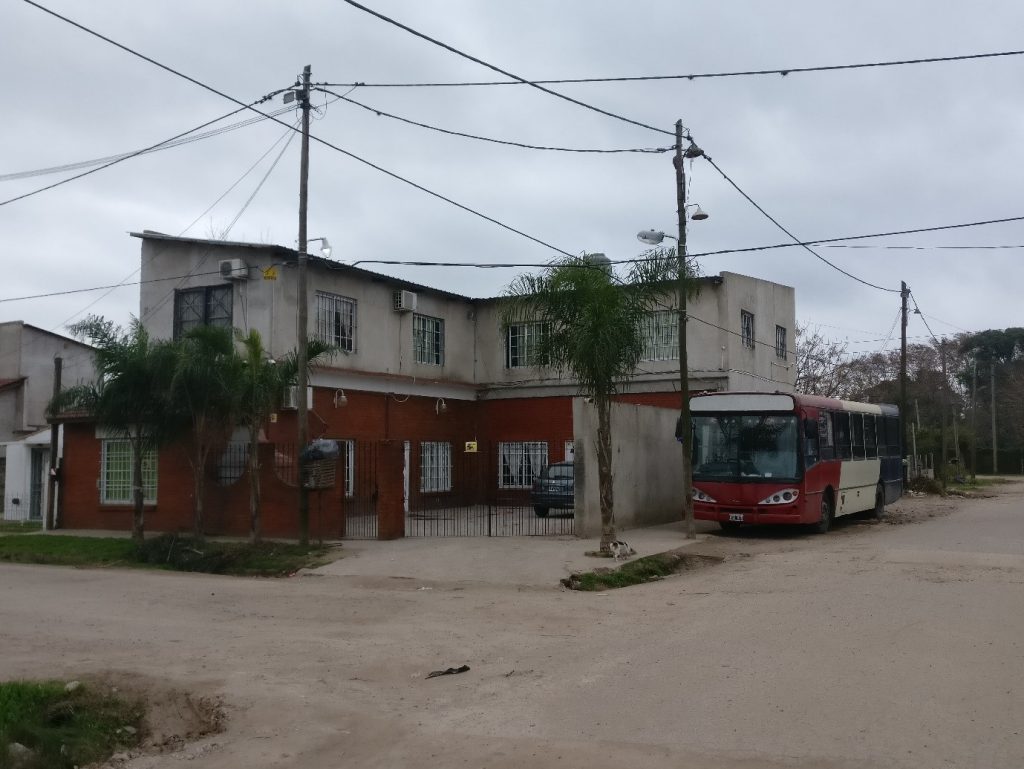 So, the findings from this research should not stand on their own. Instead, it is also a call for more attention to be paid to the concrete outcomes of the strategies undertaken by Roma groups across the world. These outcomes are not traceable solely in the improved houses but also in the increased dignity and sense of home that the Ludar have experienced since escaping hunger and substandard housing conditions. Finally, I argue that the acknowledgement of these radical and effective strategies should open up debate about increased political tolerance and decreased suppression of their activities.

Dominic Teodorescu is a PhD in human geography. Besides, he holds a master's degrees in Urban Planning from the University of Amsterdam (UvA). His research focuses on urban geography and housing studies in Eastern Europe. Specific research interests include ethnographies of post-socialist communities and transformations of Romanian cities. His PhD project focuses on the changing patterns of geographies of struggles where a substantial part of Romanian Roma are forced to live. 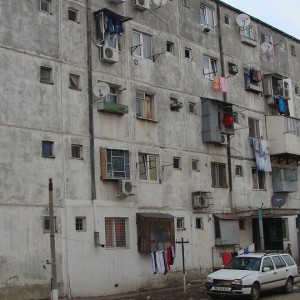 In an earlier contribution I described the housing situation of Ferentari, a neighbourhood in southern Bucharest. The hardships...
© 2012 - 2019 The Protocity.com. All rights reserved.
Back to top