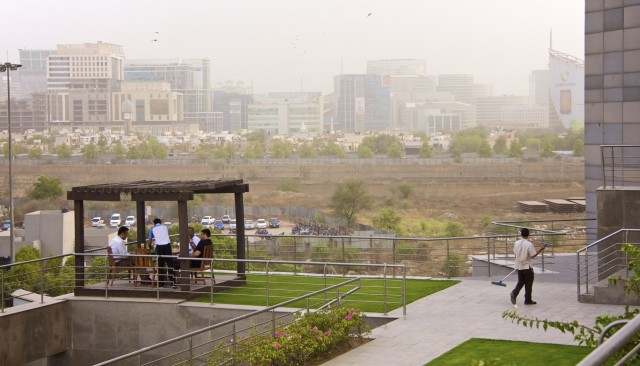 Dutch documentary about a privately developed new town on the edge of New Delhi. 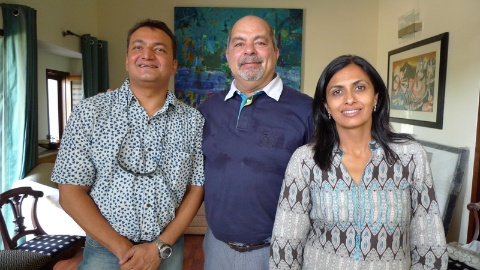 ‘I am Gurgaon’ by VPRO Tegenlicht

Of course we understand that you can’t get heaven on earth, but when you’re playing with sentiments of people with money, we want to believe that there’s going to be heaven on earth.

Gurgaon, a ‘new’ Indian city and ‘economic hub’ mainly developed in the 21st century, was ought to be an archetypical residential area to comfortably host the increasing Indian (upper) middle class. This documentary, which is an episode of the weekly Dutch ‘future-affairs’ programme ‘Tegenlicht’, portrays some of the (future) inhabitants of this artificial, privately developed city. In the early minutes of the film, it shows that some of the residents indeed consider their Gurgaon gated community as a heaven-like place. It is described as ‘progressive, moving and modern’, ‘the world that we see when we’re travelling’, and ‘a Singapore for India.’ When the documentary progresses, however, it becomes clear that Gurgaon may not quite be an enviable example of decent modern urban planning.

The first half of the documentary is not necessarily focused on the development of Gurgaon itself. It rather gives the viewer a glimpse the lifestyle of the newly emerged (English-speaking) Indian elite. It raises questions not only about the significant wealth gap within India but also about the impact of globalisation on the emergence of a decadent elitist urban culture. The most notable scene in this part shows a mother who is spending a day with her two young sons: while driving from their gated community to the mall and to the golf course, they are playing a sort of game as she challenges her kids to ‘let’s find a beggar’ in order to donate a bit of money. While this remarkable manner of philanthropy is yet a little questionable, the sympathy for this Gurgaon inhabitant further decreases when her maid is carefully talking about her – apparently not so great – working conditions. 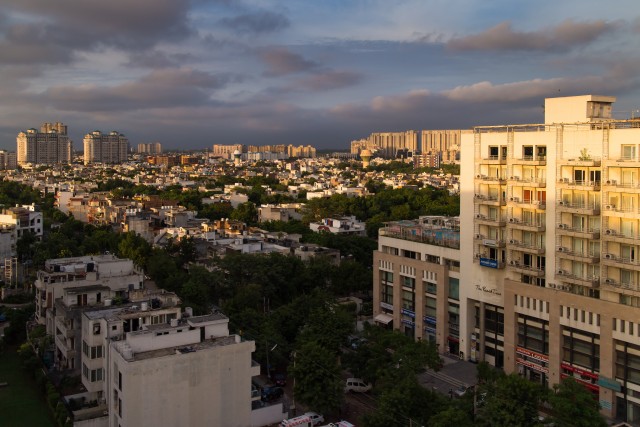 Gurgaon in fact never really gets explained from a planning perspective. One of the likely reasons for this is that, as one angry future resident states, “there was no planning at all, absolutely nill.” This angriness dominates the ‘second part’ of the documentary. It seems that, at least back in 2010, the failures regarding developments throughout Gurgaon were numerous: lousy quality of (high-rise) buildings, a lack of infrastructure (e.g. public transport), and problems with electricity supply are just a few examples. In short: it seems that privatised urban planning, at least in a country such as India, is doomed to fail. If this documentary has one clear message, it would be that due to greedy developers, the development of the city was chaotic and unorganised and thus not functioning that well. As a result of all this, a number of worried residents and buyers (to which the projects apparently appealed in the first place) decided to take the matter into their own hands and started the ‘I am Gurgaon’ movement. Although the film has been named after this, it does not become clear what exactly they strive for and to what extent they manage to actually achieve something. For that reason, a second episode, ‘five years later’, focusing more on this civil initiative in relation to the urban planning and functioning of the city, would be very interesting.

Picture of Gurgaon from 2010 – Luxury and wasteland. Picture by Khrawlings

The documentary addresses a number of different topics without really addressing them. On the one hand this could be justified: the film maker has refused to take a critical standpoint or to make a clear value judgement. On the other hand, a more analytical story line on how Gurgaon has come about and why it appeals to many upper class Indians would have been an asset. Also, the (lack of) interaction between Gurgaonites and ‘the outside’ (the nearby slums) never gets very clear. The viewer just gets some images of slums accompanied with ominous music, and a somewhat limp story about micro financing and a social project with which another gated community resident is involved.

Despite this I would definitely recommend to watch this episode of Tegenlicht. All in all it offers a versatile insight in contemporary elitist Indian urbanity. Will Gurgaon indeed count as an example for new urban developments in India in the near future? Just on the basis of this documentary it seems safe to state: ‘let’s not hope so!’

This film was rated 3,5/5 skyscrapers

In Amsterdam today, specialty coffee bars are mushrooming. Does this mean that Amsterdammers have become coffee gluttons...
© 2012 - 2019 The Protocity.com. All rights reserved.
Back to top