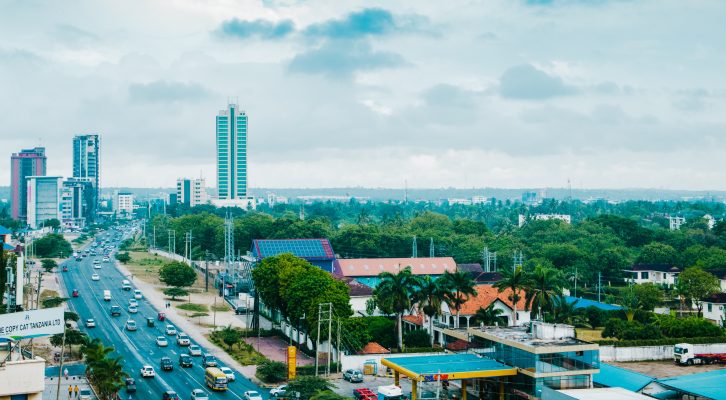 Comparative urbanism is concerned with understanding the similarities and differences between cities and urban processes. It combines together generalizations of what is true of all cities and particularities of what is specific to one city at a given point in time (Nijman, 2007). This paper aims to unravel the urban experiences of two drastically different urban spaces, San Francisco Bay Area and Dar es Salaam. To achieve this, the paper will focus on three aspects: (1) spectacular urbanization, (2) polarization and socio-spatial inequality and (3) global connectivity.

The metropolitan region of San Francisco Bay Area is one of the strongest economies in the U.S., particularly due to its pioneering Information and Computer Technology (ICT) industry. The area is, for instance, home to Silicon Valley, ‘California’s tech-centric brain pool’ (Garfield and Kiresz, 2018). According to the 2018 Global Cities Report, San Francisco was ranked first in the Global Cities Outlook ranking, for the third year in a row, specifically due to its competitiveness in the national and global economy and its continued strength in innovation (ATKearney, 2018). In order to meet the needs of the booming innovation industry, the city also accommodates a significant amount of financial and legal services. These factors combined illustrate that the Bay Area is being promoted as the heart of the world’s high-tech, and it is portrayed to have a superlative quality of life that attracts the best of talents from all around the world (San Francisco Center for Economic Development). The city’s skyscrapers and architecture further consolidate this image of modernity, innovation and ‘world’ city lifestyle. The city has actively taken part in the global race to build the tallest skyscrapers. These towers symbolize the city’s commitment to modernity, progressiveness and economic supremacy. It sends the message that it is rightfully and powerfully situated on the global map (Routley, 2018).

Moving to a distinctly different experience of urbanism, the city of Dar es Salaam is home to 4.4 million inhabitants, 10 percent of Tanzania’s population. The city’s urban development is at its infancy, and more than 70% of its population lives in informal housing. This is partially due to Tanzania’s political leadership, precisely during the period up to 1985, which has favored autarky and has adopted a national rhetoric against urbanism and ‘city’ life (Sturgis, 2015). Most of the country’s present-day economic growth is however placed in Dar es Salaam, the city is currently shifting towards neo-liberal economic reforms that encourage the diversification of export and capital inflow. According to Tanzania’s 2025 Vision, the country aims to be semi-industrialized by 2025. For this to be achieved, Dar es Salaam wants to attract foreign direct investment (tanzaniainvest.com).

In order to do so, however, the city needs to overcome a number of existing limitations. Traffic congestion for example, is a serious challenge to the city’s wider connectivity and the ease of movement within the urban region. To address this problem, more than 16 commuter train lines were operationalized recently to transport people in and out of the downtown (Sturgis, 2015). Likewise, the city has launched a program to phase-out daladalas, commuter mini-buses run by individual owners, and replace them with Bus Rapid Transit (BRT) system (Lombard, 2017). Similar to San Francisco, the city of Dar es Salaam did not escape the skyscraper boom and broke through its skyline with few high towers, which were built between the years 2011 to 2014. Again, the city wants to communicate the message that it is modernizing by replacing its weak and unplanned infrastructure, growing its economy and lifting the lives of its inhabitants (Sturgis, 2015). 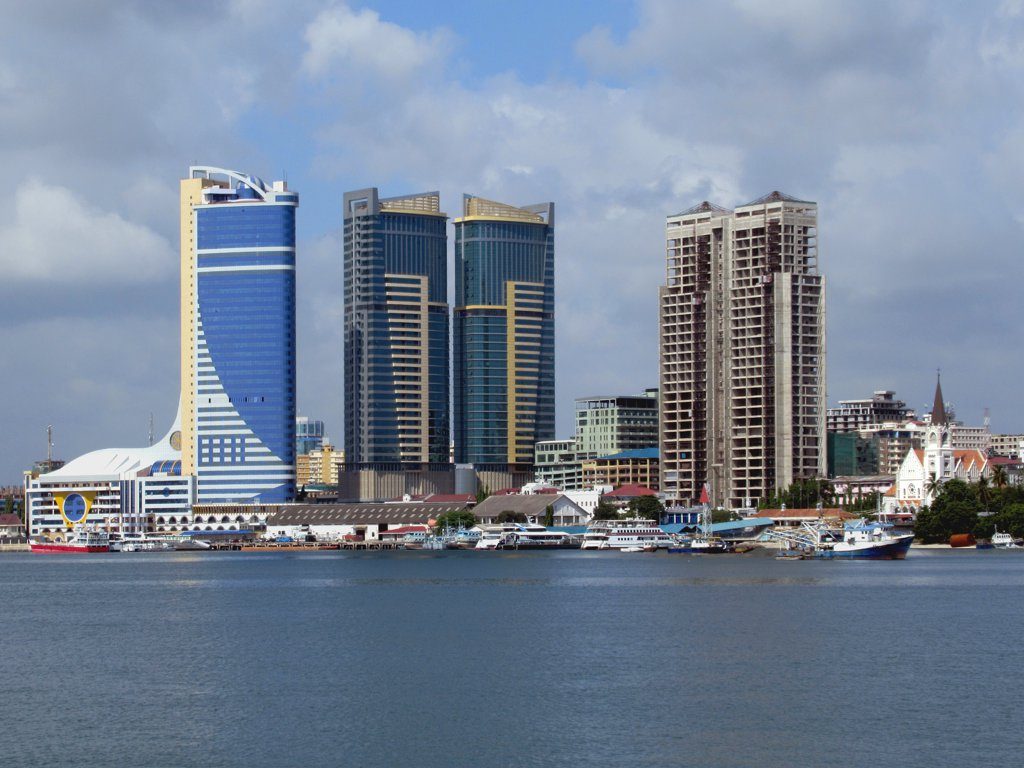 Despite the leading position in terms of innovation and technology, there are some serious drawbacks to the Bay Area’s success story. The ‘high-tech brain of the world’ namely has one of the highest income inequality levels within the United States. High-income families earn 11 times more than families at the very bottom of the income pyramid, making the San Francisco area the third most unequal region in the U.S. While the wealth is particularly concentrated in Silicon Valley, still nearly one-third of Silicon Valley households at the same time do not earn enough to meet their basic needs without assistance (Kendal, 2018). The income inequality problem extends to the housing sector. According to a recent report by San Francisco’s Planning Department (2018), the city is facing a housing affordability crisis; the number of high-income houses has increased which has put pressure on low and moderate income households to relocate. Additionally, San Francisco Bay Area is characterized by significant patterns of ethnic segregation. Whites make up the largest group, followed by Asians, Latinos and African Americans (Menendian & Gambhir, 2018). To date, there are housing policies that restrict the presence of condos, apartments or even small-single family homes in certain neighborhoods that are more affordable to many African Americans (Kendal, 2018).

In contrast, Tanzania has witnessed an exponential increase in rural to urban migration. In 1978, 2.2 million people lived in urban areas, while in 2012, the number has augmented to 13.3 million. Most of the rural outflow is directed towards Dar es Salaam, and this trend is expected to continue (Mwakyusa, 2018). Urban migration and population growth warrant spatial urban planning, but the city has failed to accommodate its growing number of inhabitants. Two-thirds of Tanzania’s urban is informal. Consequently, many of its inhabitants lack access to safe housing, infrastructure and public services. This lack of housing planning extends to the health sector. Urban residents are subjected to higher health risks, such as child and maternal mortality, HIV, cholera, diabetes, and road traffic accidents (Worall et al., 2017). Therefore, despite its efforts to accommodate its growing population and harness its youth dividend, Dar es Salaam needs to take major steps to transform the city into a safe and socially just spatial area. 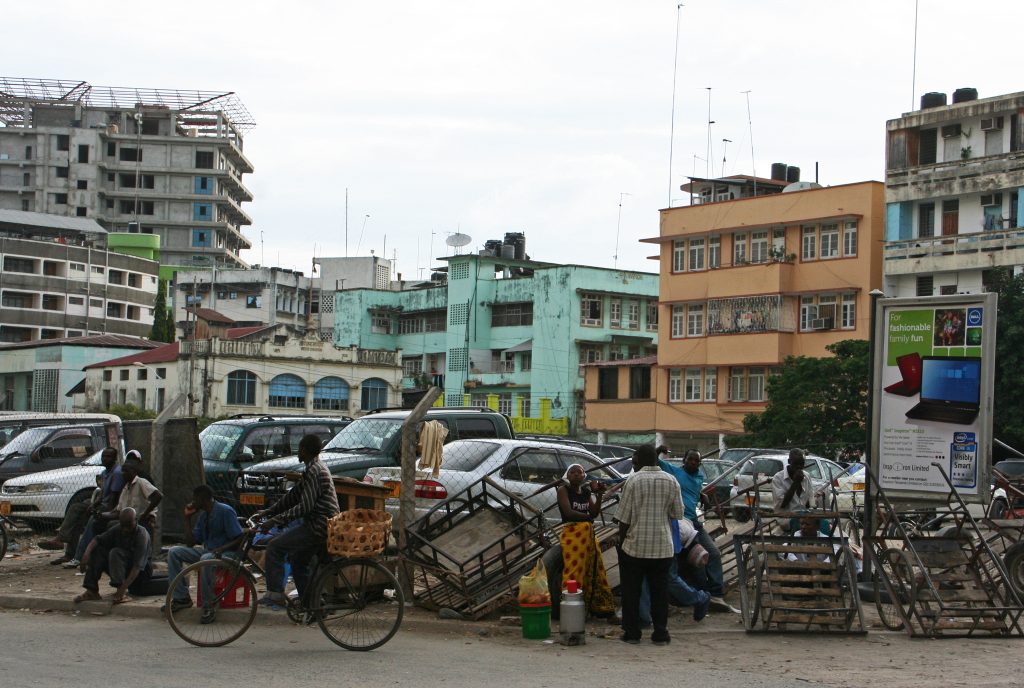 No city’s economy grows in isolation from other cities or from the developments in the macroeconomic domain. Both the economies of San Francisco Bay Area and Dar es Salaam are situated in a network of cities and are directly affected by the developments that occur in these networks of which they are constituent.

The Bay Area is an apotheosis of global connectivity, it embodies thousands of companies, including the world’s largest and most important companies, in the fields of ICT, innovation and social media. Each of these giant companies, such as Apple, Google, and many others, are dependent on a large network of trans-continental subsidiaries and supply chains. For instance, the research and design behind the prominent Apple technologies is located in the Bay Area headquarter, but the manufacturing, warehousing, and distribution of these products are outsourced. For example, the supply chain of the iPhone 6 included 31 countries (Schwartz, 2014). Hence, the management of such a giant corporation with a plethora of international partners necessitates the presence of highly sophisticated legal and financial services. Thus, this network of specialized companies that are capable to govern such a highly complex system is what makes this area a global center for high-tech. To sustain this level of sophistication, these companies need to hire the best talents and the most-skilled labors in the world. The Bay Area is neighbored to two of the most prestigious universities in the world. The University of California, Berkeley and Stanford University are the top senders of university graduates to Silicon Valley (Robinson, 2017). This concludes that the economy of the Bay Area, which is largely based on Silicon Valley, is dependent on both intra and inter urban relations. 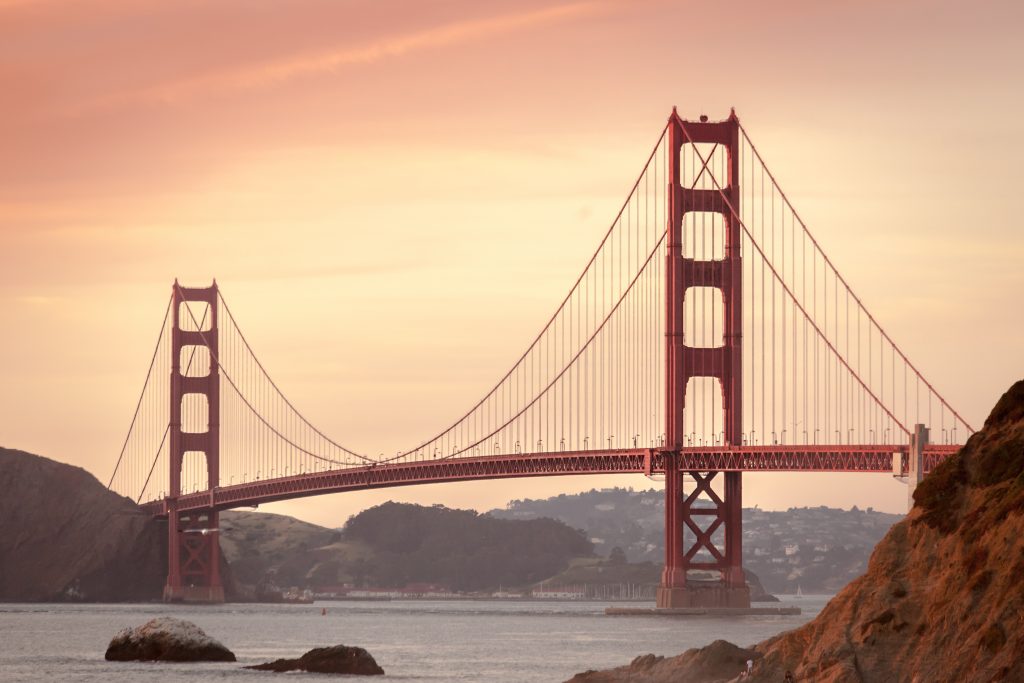 Far away from San Francisco, Dar es Salaam, Tanzania’s economic heart, is having a drastically different experience to attract regional and global attention to its economic opportunities. The city is aiming towards semi-industrialization, attraction of foreign direct investment and intensification of trade exports, but it faces structural challenges that obfuscate economic openness. Industrialization warrants foreign investment, and this is achieved when there is an attractive business climate. According to the World Bank report on the Ease of Doing Business (2019), Tanzania was ranked 144 out of 190 countries. Additionally, the city lacks essential trade infrastructure, such as air and port capacity. For instance, it is estimated that the weak connections between companies and relevant actors in Dar es Salaam result in the loss of $2.5 million per day (Worall et al., 2017, p.15).

Comparing San Francisco Bay Area and Dar es Salaam has postulated that their urban experiences are drastically different and that areas of resemblance are hard to identify. The Bay Area is well established in the national and global economy; it is central to global innovation and technology and a magnet for the best calibers and global talents. However, this economic preeminence and its associated wealth have failed to put an end to ethnic segregation and income inequality, transforming the Bay Area into one of the most unequal parts of the U.S. On the other hand, Dar es Salaam embarked on a different economic project that prioritizes foreign direct investment and semi-industrialization, while facing grave challenges, such as population growth, lack of safe housing and an increasing rural-urban influx.

This striking difference between these two urban experiences raises a simple question: why is the urban experience of Bay Area and Dar es Salaam significantly different from one another?  One aspect that could unravel this puzzle is to depart from the notion of path dependency. Delving into the developments of the 20th century indicates that the Bay Area was a well-established industrial region for semiconductor transistors manufacturing, a technological breakthrough that is fundamental for modern electronics (VanDeGraph, 2016). It was also situated at the heart of neo-liberal developments and the internationalization of capitalism. Moving overseas, Tanzania became a sovereign state in 1964, around 200 years after the U.S. independence. Since then and till the mid of the 1980s, Tanzania was ruled by a socialist system that advocated autarky and tribal consensus, while rejecting capitalism and its exploitative practices. Hence, analyzing the urban particularity of these two areas against macro-economic and political paradigms, such as capitalism and modernization, will provide insightful understanding of the development of their particularistic urban experiences.

Salma studied political science and multimedia journalism at the American University in Cairo, and she is currently finalizing her M.A. in Global Studies at the Ghent University. Her thesis topic focuses on the drivers and constraints of Egypt’s energy transition post-2014. More generally, Salma’s research interests include economic globalization, environmental and energy policy and sustainability transitions. Prior to her master studies, Salma was a researcher at the Cairo International Center for Conflict Resolution, Peacekeeping and Peacebuilding (CCCPA) where she was primarily responsible for developing educational and training material for CCCPA’s trainings on mainstreaming gender in peacekeeping and peacebuilding. 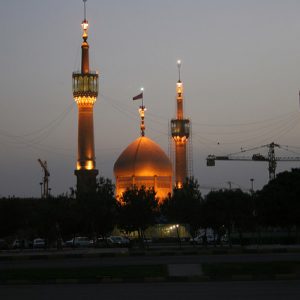 At first sight, the two metropoles compared in this essay possess contrasting, almost opposite, genius loci (‘spirit of place’)....
© 2012 - 2019 The Protocity.com. All rights reserved.
Back to top