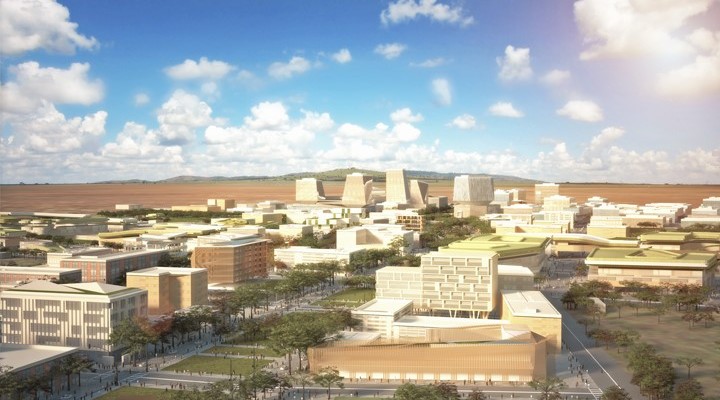 In recent years, numerous plans for New Towns have been developed throughout sub-Saharan Africa. Ambitious initiatives include Hope City in Ghana, Kigamboni City in Tanzania and Konza Technology City in Kenya. The visualizations of these future cities look very modern and aesthetically pleasing, and in the plans the ambition to create a “world-class city”, an “eco-city” or a “smart-city” is put forward.

The emergence of New Towns throughout Africa is a very recent phenomenon. Although the actual construction of most of them has not started yet, they already have a prominent role in the media. Many find these plans very promising, as the visions for these New Towns reflect the notion that Africa is “rising”. However, they have been heavily criticized as well. It has been argued that these planned cities stand in stark contrast with the contemporary urban situation in Africa, which is plagued by housing shortages, congestion and pollution. Why are these New Towns being developed and how feasible is their construction really? 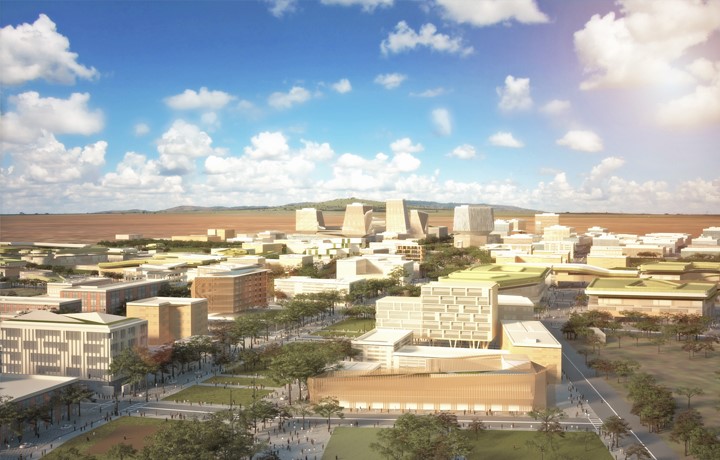 New Towns are characterized by their pre-planned nature, which contrasts them with cities that have come into existence more ‘naturally’ or haphazardly. Moreover, and this is what distinguishes New Towns from other forms of planned urban developments, New Towns are part of regional and national development strategies and hence the engagement of the state is crucial. The first New Towns were developed in the United Kingdom from the mid-1940s onward as part of an urbanization strategy of the national government, based on Ebenezer Howard’s famous concept of the Garden City. In the following decades similar New Town projects have been adapted in European countries (think of Almere in the Netherlands) and later on also throughout the rest of the world, most notably in China.

In 2009, the Kenyan government announced the development of the government-led, multi-billion dollar project Konza Technology City, of which the construction should start shortly. After its planned completion in 2030, the new city will supposedly house 185,000 residents and create 100,000 jobs. The site that has been acquired for the development covers an area of 2000 hectares and is located 80 kilometres from the capital Nairobi. Apart from that the area is located next to one of Kenya’s main roads, someone who visits the designated location now will see little more than savannah grass lands and a large white fence that demarcates the boundaries of Konza City. Why did the national government decide to develop such an ambitious and expensive project, while existing cities clearly need improvement?

First and foremost, the development of Konza Techno City is part of Kenya’s new national neoliberal strategy that strives to realise economic growth by focussing on privately driven development in urban regions. Dubbed “Africa’s Silicon Savannah”, Konza City should become a technology hub that not only serves Kenya, but the entire East-African region. Secondly, Konza City is being developed to house Kenya’s burgeoning middle-class, which is expected to expand significantly over the coming years.

Another aspect that is of key importance in understanding the development of Konza City is that it will be developed from scratch. Stakeholders see the existing city, Nairobi, as being dysfunctional, uncontrolled and unmanageable. They argue that trying to improve the city is almost impossible and will only result in the wasting of resources. Contrarily, Konza City is seen as an opportunity to have a “clean slate” to planning and to create something that works. But how realistic is this idea?

There are several factors that may complicate the successful realization of Konza Technology City. Firstly, the project’s neoliberal nature fits awkwardly within the existing political and institutional landscapes, something that the work of scholars such as Brenner and Theodore about the “actually existing neoliberalism” emphasizes. Although the national government is slowly moving towards a more neoliberal system, it is still characterized by its strong bureaucratic and fragmented nature. This has resulted in multiple conflicts and delays, which subsequently decrease investor confidence – and without investors, there will be no Konza City.

Secondly, although planners stress the idea of the “clean slate”, it is likely that similar problems will emerge that are already prevalent in other Kenyan cities, particularly the existence of informal settlements. Around the site of Konza City, the government has created a 10 kilometre buffer-zone in which informal settlements are not allowed, mainly in order to protect property-values. However, it is unlikely that this buffer can be maintained, due to an insufficient ability to policy and the vast amount of people in poverty that will be attracted by the employment in Konza City.

Thirdly, doubt can be cast on whether the city will attract its targeted population. Although there are no clear numbers available, examining data from the African Development Bank and the World Bank shows that the perceived emergence of a new middle class is, to say the least, debatable. This might result in the creation of a ghost town, as has been the case in the New Town Nova Cidade de Kilamba in Angola. This city was designed for over half a million people, but remains almost entirely uninhabited.

City of the future?

Overall, the government-initiated development of Konza Technology City is meant to stimulate economic growth, house the emergent middle class and create a town that does not have to deal with the problems that are prevalent in other Kenyan settlements. However, as has become clear, the successful implementation of this project is severely complicated by multiple factors. It seems that despite the government’s ambitions, Konza City is struggling to escape Kenya’s path-dependencies. Therefore, it is far from certain that Konza Technology City – and other planned cities in Africa – will actually become a reality, let alone in the way it is envisioned.

Eline studied Interdisciplinary Social Sciences at the University of Amsterdam and is currently enrolled in the Urban Studies master programme at the same university. She is mainly interested in the ways in which urban governments use city branding and marketing to attract firms, tourists and residents. 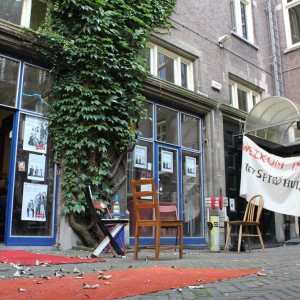 The case of the student occupations in Amsterdam The past two weeks Amsterdam has witnessed the rise of a rapidly growing...
© 2012 - 2019 The Protocity.com. All rights reserved.
Back to top